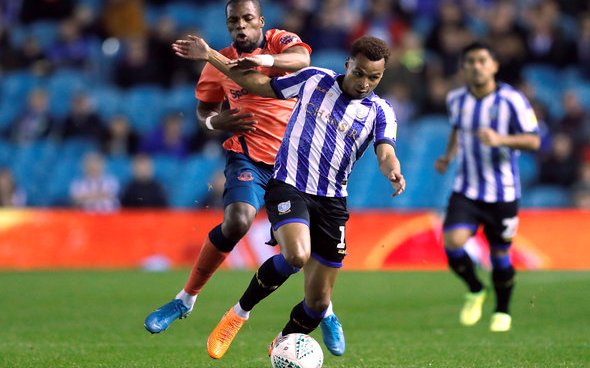 On a number of occasions this term, Steve Bruce has referenced how Newcastle do not have the personnel to rotate his squad frequently. The Magpies manager has also suggested that over the summer the Toon may look to bring in “four or five new faces”, but they may not need to spend to do so. Jacob Murphy has been out on loan in the Championship yet again this term, after spending the previous year with West Bromwich Albion and now that the second-tier season has been completed, the winger will be returning to St James’ Park.

After notching his ninth goal of the campaign on the final day against Middlesbrough, the 25-year-old equalled his best goal tally in the Championship set in 2016/17 with Norwich City. Only Steven Fletcher found the back of the net more frequently for Sheffield Wednesday this season, scoring 13 times, and Newcastle should look to reassess Murphy’s chances of regularly featuring as part of Bruce’s squad before sending him back out on loan again.

Further impressive signs come via the fact that Murphy provided four assists in the Championship, meaning he contributed in an impressive 13 goals for the Owls, 22 per cent of their league strikes. His meaningful contribution is enough to suggest that the winger may be able to make the transition to the Premier League after not being given many opportunities on Tyneside previously.

The most Premier League starts Murphy made for Newcastle united was 13 in 2017/18, which returned one goal and one assist. He was offered even less of an opportunity during the first half of last season, starting three times.

Newcastle’s budget for the summer transfer window has reportedly been slashed to £30m, Daily Telegraph via Shields Gazette, and Murphy could prove to be a useful squad player. When Allan Saint-Maximin and Miguel Almiron have needed a rest or been injured this term, Bruce has not had many alternatives to call upon, with Matt Ritchie and Christian Atsu the usual suspects. The Scottish midfielder, who has frequently deputised at left back, has made nine starts in the engine room, while Atsu has started just six times.

Given his previous record of scoring just once in the Premier League, Murphy is unlikely to provide the answers to Newcastle’s goalscoring woes. However, the 25-year-old could prove to be an incredibly useful squad player next season.