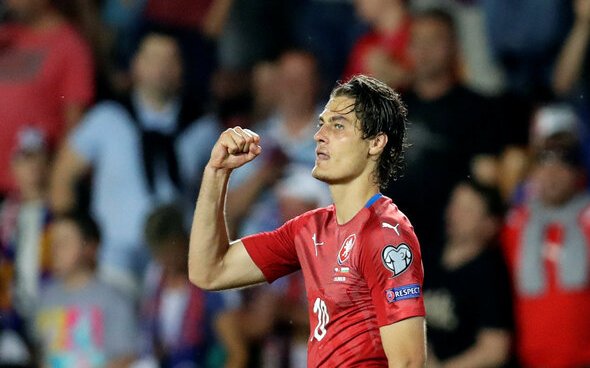 Takeover or not, Newcastle United must negotiate the Summer transfer window more carefully than last. The £40m move for Hoffenheim striker Joelinton has not gone quite as anyone would have hoped, with the misfiring Brazilian scoring a meagre two Premier League goals. The 23-year-old’s average of a goal every 1,319 minutes in the top-flight is frankly laughable, and it is an issue that desperately needs rectifying once the window opens again.

Another former Bundesliga striker could be arriving at St James’ Park this summer after reports emerged linking the Magpies with Patrik Schick of AS Roma, who spent last term on loan at RB Leipzig. While in Germany the 24-year-old continued where he had started in Italy, scoring ten Bundesliga goals for the third-place side.

Only Timo Werner, who’s heading to Chelsea, scored more goals in the league than Schick’s ten for RB Leipzig and he should be a welcome addition to the Toon if he does make a move to the northeast of England. Currently, the striker leading the charge for Newcastle is Dwight Gayle, who has just three Premier League goals and attacking reinforcements are desperately required.

The Czech Republic international took on 2.4 shots per game in the German top-flight and also registered two assists. He may have endured an indifferent spell in the Italian capital, scoring five goals across the previous two seasons, but while out on-loan he recalibrated his eye for goal and started to make a habit of beating goalkeepers again. Allan Saint-Maximin currently takes on the most shots per match for Steve Bruce’s side, 1.9, highlighting how the Magpies are crying out for a striker who will test opposition defences.

Schick is a poacher, who offers little defensively but has shown in Italy with Sampdoria, where he scored 11 in Serie A, that he can lead the line and does not need a strike partner. The 24-year-old is particularly strong in the air and could easily hold his own as a lone striker against Premier League defences.

Newcastle have been desperate for goals all season long, and they cannot rely on the defenders, who have 15 between them, to provide such a telling contribution next term. Action must be taken in the transfer window, and Schick presents a prospect who could slot in and add goals to a forward line which has undergone a drought this term.