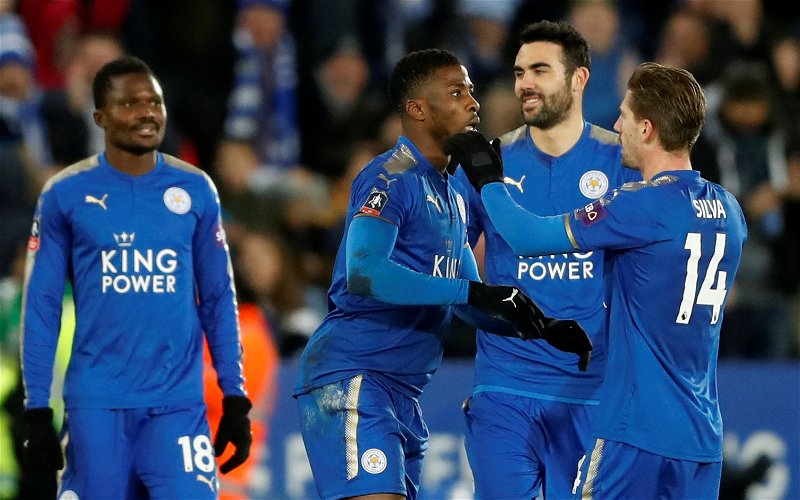 It is no secret that goals have been an issue on Tyneside all season long.

One glance at Newcastle’s top scorers in the Premier League this term should be enough to bring a smirk to any fans’ face, with Jonjo Shelvey atop of the pile on six goals. Furthermore, defenders have weighed in with a telling contribution, as players who’ve featured in the backline have scored 14 of the Magpies’ 36 top-flight strikes.

Further embarrassment comes via the fact Newcastle’s strikers have chipped in with a minuscule five goals between the four of them this term, with four of those strikes coming since the Premier League’s resumption. It is for this reason Steve Bruce must recruit wisely this summer and bring in a forward who knows where the net is. One man who’s been linked with a move to St James’ Park is Leicester City forward Kelechi Iheanacho, valued at £10.8m (Transfermarkt), but he should be approached with extreme caution to avoid repeating previous mistakes.

When with Manchester City, the Nigerian produced some impressive glimpses as Sergio Aguero’s understudy even notching eight goals in his debut 2015/16 season. Though more often than not the striker was appearing off of the bench, making 34 substitute appearances across two seasons, to punish opponents when they were already beaten.

Since swapping Manchester for Leicester, the Foxes’ striker has continually struggled with holding down a regular starting spot, appearing 42 times off the bench while only making 27 starts in his three seasons at the King Power Stadium. Furthermore, he is yet to eclipse his tally of eight goals set during his first campaign, having notched just five this term.

Newcastle should be wary of repeating their disastrous deal which brought misfiring Leicester striker Islam Slimani Tyneside in 2018. Fortunately, that was only a loan move, as the stuttering striker made just four appearances, failing to score or assist before being given a three-match ban for violent conduct after an off the ball incident.

Throughout five seasons Iheanacho has proven himself incapable of consistently retaining a starting berth, having made just 11 this term, the most he has managed in the Premier League. Additionally, the 23-year-old has never contributed ten goals and assists combined in a single campaign, indicating he is unlikely to be the answer to Newcastle’s goalscoring woes.

The Magpies must be incredibly rigorous in their process to unearth the striker who will finally end their attacking inadequacies, or risk emulating last summers disastrous £40m splash on two-goal Joelinton. Based on five seasons of evidence, Iheanacho is not the player who will take St James’ Park by storm, and to avoid a repeat of the Slimani deal, he would be best avoided.