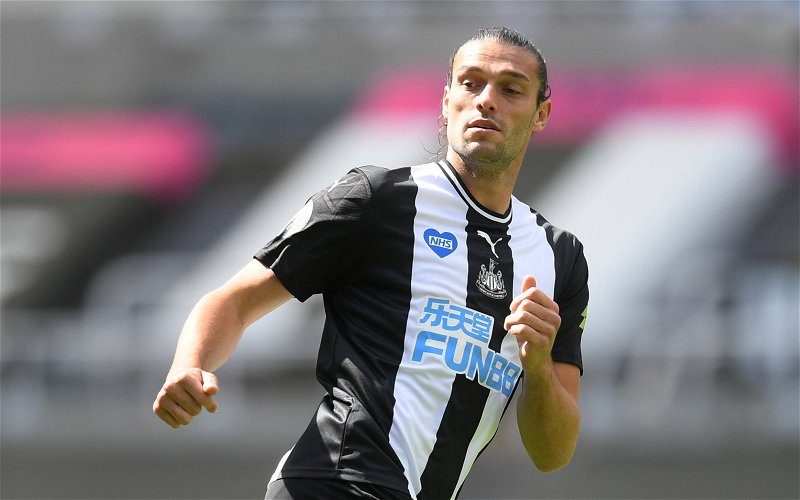 When Salomon Rondon returned to West Bromwich Albion after his loan spell with Newcastle United expired last season, the Venezuelan striker left a gaping hole to be filled at centre-forward, having scored 11 Premier League goals.

Seemingly there is a discrepancy on whether the then newly-appointed manager Steve Bruce gave his seal of approval to Rondon’s replacement, record signing Joelinton, who arrived for £40m from Hoffenheim.

Nevertheless, the Brazilian has not been a patch on his fellow South American predecessor, netting a meagre two Premier League goals this term. However, Joelinton wasn’t the only arrival up top as Andy Carroll made his return to St James’ Park almost eight years after departing for Liverpool.

Newcastle knew what they were getting, Carroll’s hold up play and technique are on a par with some of the finest target men to grace the Premier League but keeping him off the treatment table has always been the issue, no matter who he’s represented.

The 31-year-old arrived unable to play and did not feature in the top-flight for more than 35 minutes until the fifth of December, and since then he has completed 90 minutes on just three occasions, as per WhoScored. He has also failed to find the back of the net since returning home to the North-East, but taking the statistics at face value misses the point of what Carroll still has to offer the Magpies.

Even with a bewildering lack of mobility, the former England international is a tremendous physical presence in the centre of an attack, drawing in defenders and therefore, freeing up extra space for the likes of Allan Saint-Maximin and Miguel Almiron to explode into. Fittingly, the striker leads the way for aerial duels won per match for Bruce’s side with 5.1 per game, almost double Jamaal Lascelles’ 2.8 average, as per WhoScored.

Despite his lack of goals, Carroll has proved his usefulness by playing four assists, the joint-most of any Newcastle player this term. Even if he isn’t physically capable of seeing out 90 minutes regularly, clearly the striker makes a significant impact when he is involved in the action, constantly creating opportunities for teammates with his sublime hold up play.

Furthermore, Carroll has valuable Premier League miles under his belt with both Liverpool and West Ham United, along with being one of the few members of Bruce’s squad who has the experience of winning a trophy, having lifted the League Cup in 2012. His boisterous personality has also been a valuable asset in the dressing room, aiding in Newcastle’s squad morale, with his manager previously stating he has taken up a key role as one of the more senior squad members.

Though he may not be the first name on Bruce’s team sheet, having made just four Premier League starts, securing Carroll on a free transfer has proven to be a shrewd acquisition by Newcastle, with the striker offering significantly more than his £2.8m (Transfermarkt) valuation suggests.

Even with fitness issues, the 31-year-old is continuing to fulfill a substantial role at his boyhood club, both on and off of the St James’ Park turf.