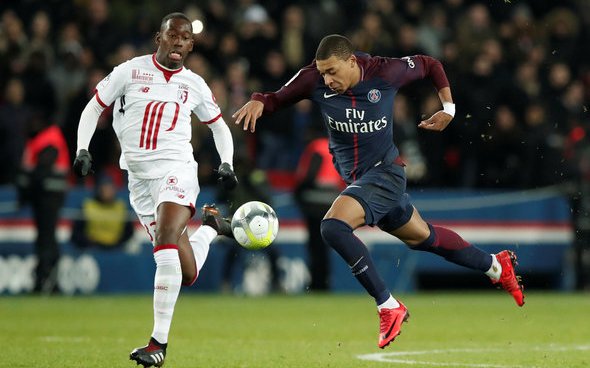 Newcastle might face a lot of difficult competition in the summer over transfer target Boubakary Soumare, with Liverpool the latest club to keep tabs on the player, according to The Sun.

The Magpies made an ambitious £35 million pound move in the January but it was turned down.  The defensive midfielder currently plays in Ligue 1 for Lille and has, featuring 26 times for the French side this campaign, including six times in the Champions League, via WhoScored.

If you include his appearances in the French U20 side at the World Championships and his three domestic cup appearances, Soumare has made on average one tackle and 1.1 interceptions per game, and at the age of 21, this highlights that he has a potential to be a pivotal man in front of the defence.

It is an interesting decision to make a move for the Frenchman however, as current loanee Nabil Bentableb who the club signed in January has actually been performing much better in a similar role.

Since his arrival, the Algerian has made a good start, currently averaging 2.3 tackles a game and 3.3 interceptions per game, per WhoScored. Although he has only made six appearances since his move to the North, it shows a lot of promise and highlights that perhaps Steve Bruce should be looking to sign the Schalke midfielder on a permanent in the summer instead of going for a player who is unproven in the Premier League.

Isaac Hayden, who also plays in midfield has also averaged better, making 2 tackles per game and 1.4 interceptions per game in 23 appearances, via WhoScored.

If Liverpool do go for Soumare, the player will most likely favour them over the Magpies, but it might be a blessing in disguise for the club who have had better players statistically in the same position this season.

Newcastle should look to spend their money elsewhere, like in attack, where strikers Joelinton De Lira, Andy Carroll and Dwight Gayle have only managed one goal in the Premier League between them this season, via WhoScored.