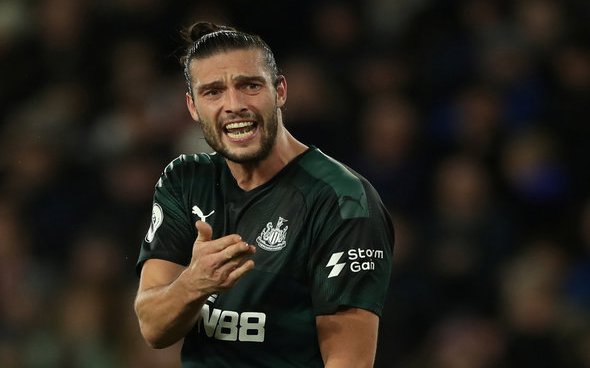 Former Manchester City and Leeds United fullback Danny Mills believes that forward Andy Carroll will depart when his contract expires in the summer.

The striker arrived on a free transfer in August 2019 after being released by West Ham, via Transfermarkt, and whilst the player has managed 13 appearances, he has not scored a single goal.

Fans of the Magpies hoped that he would be able to to reproduce the form he showed during his previous spell at St. James’ Park from 2006 to 2011, per Transfermarkt. During this period, the Englishman managed 33 goals in 91 appearances, and his performances earned him a £36.90 million move to Liverpool.

When speaking about the player to Football Insider, Mills said, “It is very unlikely. He has not been fit enough this season. What is the point in having him around? He has hardly been available, let alone been on the pitch.

“It is one person that they do not need. He will be on a basic wage, it will not be just a pay-as-you-play. You may as well spend that on somebody else.

“Carroll may have to look somewhere like the MLS because he is just not fit enough. As great as he can be, his body is not up to it right now. He may even think about retirement but only Andy Carroll will know that.”

It’s hard to disagree with Mills here, Carroll has been injured for large amounts of his career, and at his former club West Ham, he missed 151 games due to these problems. He is also currently injured and has been for the last 82 days with no current date set for his return.

It is probably best for Newcastle to free up some money to spend on a more prolific and less injury prone striker. The latest rumours, which has linked them with Rangers striker Alfredo Morelos, via GOAL, seem to suggest that they will most likely let Andy Carroll go in the summer.