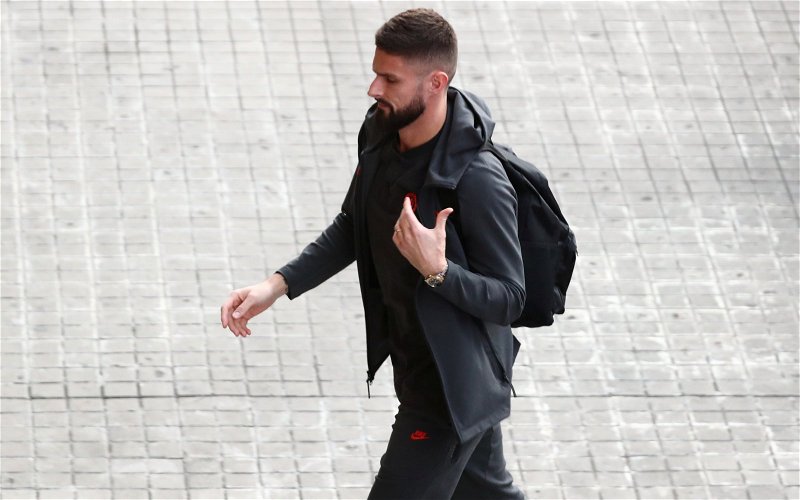 The Telegraph recently suggested that Newcastle United were keen on making a loan move for Chelsea striker Olivier Giroud this month in an attempt to add more goals into the side.

Indeed, the Frenchman has been out of favour under Frank Lampard and the Magpies were said to be ready to offer him the chance to feature in first-team football ahead of the European Championships this summer.

However, speaking on the Athletic’s daily transfer podcast, the reliable David Ornstein suggested that, while there may well have been an approach, Giroud’s camp were unaware of any interest from the North East. Indeed, Dom Fifield also added that, during his interview with the Frenchman last year, he indicated he would not be willing to join a side not challenging for honours.

The fact that Newcastle don’t appear to be the sort of profile of club to attract Giroud is an obvious blow in light of the apparent interest.

Having bagged 78 goals (per Transfermarkt) since arriving in the Premier League in 2012, the World Cup-winner clearly knows how to operate at his level and a deeper look into his attributes suggest he’d be a suitable fit at St. James’ Park. Obviously, Salomon Rondon thrived under Rafa Benitez last term, forming the focal point of their attack and top-scoring for the club, and the ex-Arsenal man has previously undertaken a similar role.

Former teammate Eden Hazard hinted he believes Giroud is the best target man in the world and he was a major part of France’s triumph in Russia in 2018 despite not scoring, starting almost every game for Les Bleus. So, while he has proven very capable of scoring goals in the Premier League, the 33-year-old also looks adept at bringing teammates into play, which could help the likes of Miguel Almiron, Joelinton and Allan Saint-Maximin amid their collective goalscoring struggles.

Despite it being a blow, given Newcastle’s status in English football now, it’s surely no surprise to hear that Giroud – a man who was won a league title, two FA Cups, the Europa League and the World Cup – would be setting his sights higher.

However, given his links with Aston Villa (per the Telegraph), the Magpies had better hope that a striker of his quality isn’t brought into the relegation battle should they miss out. Two years ago, Daniel Sturridge snubbed the Toon for West Brom and, given his quality as a 2-time Champions League winner, could perhaps have made life more difficult had he not suffered injuries during the campaign’s run-in.

If Giroud was to join a rival at the wrong end of the table, things could get tough for Newcastle United.

What do you think the future holds for Giroud? Join the discussion by commenting below…