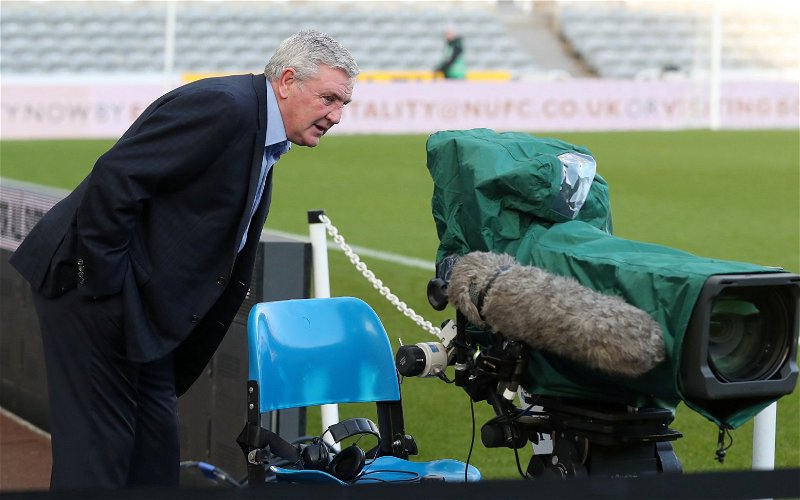 Obviously, much has been made about the club-record signing of Joelinton of late following his miserable outing against Rochdale in the FA Cup. Indeed, the Brazilian has struggled this season and, according to the Daily Star back in the summer – was never of interest to former manager Rafa Benitez in the first place.

So, a recent report from the Chronicle is all the more interesting. As the January window rolls on, the local outlet revealed that – unlike the aforementioned Spanish coach – current boss Steve Bruce does NOT have a final say clause written into his deal when it comes to bringing players in.

The process is reportedly done over a number of conversations and, while the former Manchester United skipper can recommend targets, he doesn’t decide.

Now, as mentioned in the report, this isn’t out of the ordinary at a number of Premier League sides.

However, it does perhaps speak to some of the confusion surrounding Joelinton. As the Daily Telegraph recently noted, the South American has operated as a wide forward over the course of his career (Transfermarkt actually recorded 7 appearances in a supporting role during his time at Hoffenheim alone) as well as a number 9, yet has been thrown into the deep end at St. James’ Park.

Clearly, the player is struggling and doesn’t exactly have the experience of replacing a figure such as Salomon Rondon, so it seems the transfer committee as it were have dropped the ball here. Muddled up thinking has led to the Toon Army having a £40m striker – who is actually averaging his lowest ever shots per game total – and it’s not clear as to who’s man he is exactly, or where his best position is.

Is Newcastle’s transfer policy broken? Join the discussion by commenting below…