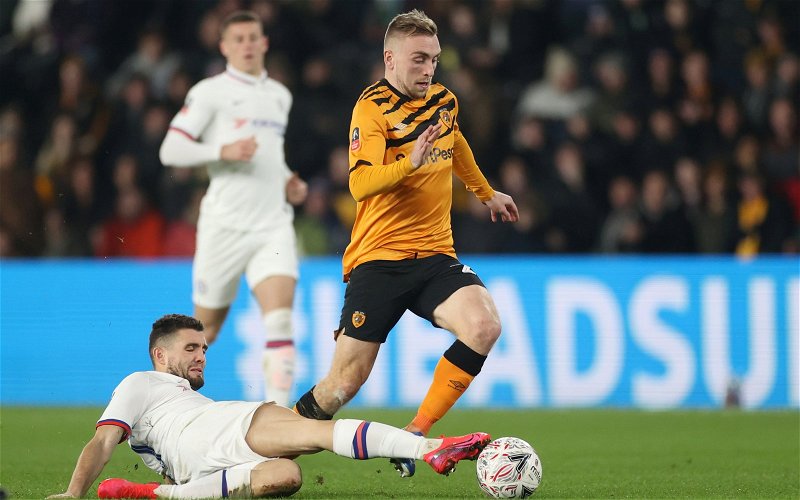 Yesterday, TEAMtalk reported that Hull City were prepared to activate the clause to tie Jarrod Bowen down to a new contract for another 12 months in what could prove to be a blow for Newcastle United with such little time left in the transfer window.

The 23-year-old has bagged 16 goals this season, not far off the total of the entire Toon side in Premier League competition (24), and is understood to have been the subject of talks between the two clubs. Still, despite Steve Bruce reported to be a ‘huge fan’ of the wide-forward, the Tigers’ £17m valuation is thought to be a problem in getting the player to Tyneside, representing a disappointment given talks have reportedly been held and Bruce’s admiration.

As it stands, he’s out of contract in the summer but, because of the clause the Championship outfit are seemingly ready to invoke, will remain on Humberside another season.

Given his contract situation, it’s not overly surprising.

While the Premier League is peppered with success stories in regards to players stepping up from the lower leagues these days considering the tales of stars like Dele Alli, Andy Robertson and Callum Wilson, the thought of the Magpies’ current ownership sanctioning what would still be one of their most expensive deals in history for an individual without any top-flight experience coming towards the end of his deal does seems a little far-fetched.

Bowen – who averages more shots per game (3.5, via WhoScored) than anyone in the Toon squad – could well have been a good addition for a side struggling for goals but, at that right price, it’s of little surprise the club aren’t keen – whether that is the right decision or not on a purely footballing basis.

Are you surprised Newcastle won’t sign Bowen? Join the discussion by commenting below…