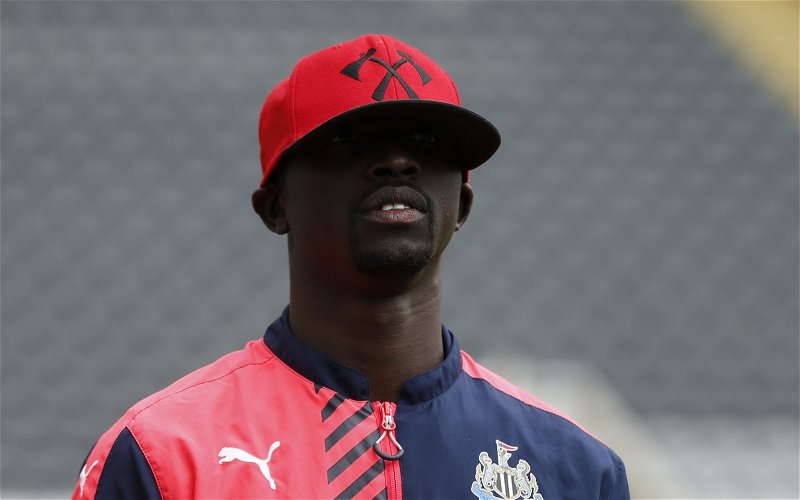 Speaking exclusively to the Sun, former Newcastle United striker Papiss Cisse has revealed he is angry by the way he was sold after the club’s relegation to the Championship in 2016. After a three-and-a-half-year stint on Tyneside, the Senegalese marksman left to join Shandong Luneng, though seemingly wanted to stay.

”I wanted to stay and fight to get us back in the Premier League”, he said.

“I spoke to my agent but the club said I should take the money elsewhere.

“They wanted to take a big salary off the books and I understand that. At least I saw the team go back to the Prem. I am so happy for them.”

Could he have helped in the Championship?

While Cisse certainly gave Newcastle memories during his time clad in black and white, it’s probably fair to suggest Rafa Benitez was right to move him on. At the time, the club were undergoing a major rebuild after a miserable time of things under the latter stages of Alan Pardew, John Carver and then Steve McClaren and, as the striker points out, moving big wages on seemed a smart idea.

During that campaign in the second-tier, Dwight Gayle bagged 23 times with Aleksandar Mitrovic backing him up as a central striker. Furthermore, Benitez moved for Daryl Murphy – who scored crucial goals during Gayle’s injury problems – citing his experience in the Championship. So with that in mind, it does appear as if the Toon made the right choice here, despite Cisse’s popularity.

The treatment of former players while under the ownership of Mike Ashley has not always been particularly pleasant – as Jonas Gutierrez can attest to – but it does appear as if the Magpies made the right choice here.

Should Newcastle have kept Cisse? Join the discussion by commenting below…