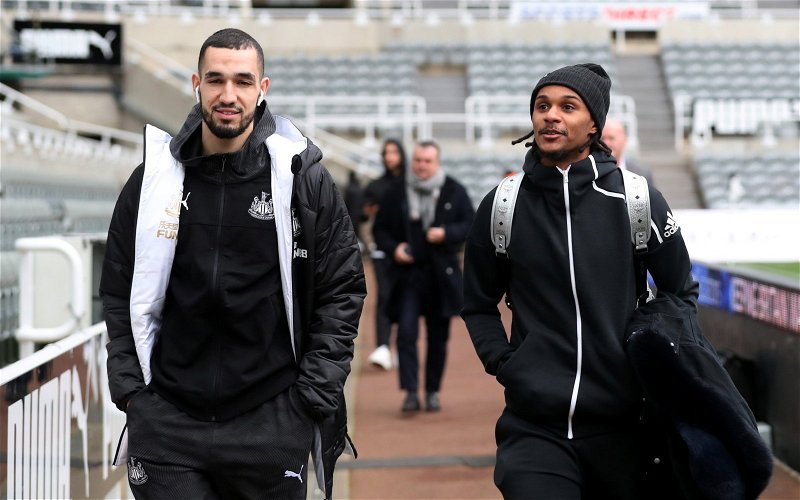 While it was a fairly underwhelming debut for Nabil Bentaleb as a Newcastle United player, he has confirmed to the Shields Gazette that he wants to stay at the club long-term, citing the ambition shown by the Toon Army as a major reason.

“I want to be here next season, for the long term, not just this season,” said Bentaleb.

“I feel like I have the same ambitions as the club, and I want to be part of this club.”

Now, given the fact the likes of Rafa Benitez have previously hinted that the lack of ambition shown by the Mike Ashley regime is a major problem, his statement might seem at odds with previous noises coming out of the club. However, Bentaleb’s words do come in the midst of yet more takeover talk on Tyneside, so it’d be interesting to see if the players are willing to get on board with a potential new ownership

While Bentaleb – who was handed a 6/10 rating the Chronicle following his debut against Oxford in the FA Cup – may have seen his stock drop in recent months during a difficult end to his time at Schalke, players like him are the kind that could excite Newcastle long-term.

Indeed, the loan signing was actually described as ‘the best footballer in the whole team’ by Schalke sporting director Christian Heidel two years ago (via WAZ) and notable journalist Michael Cox wrote in FourFourTwo of how he was ‘reminiscent of Sergio Busquets’, so it’s clear to see he has talent. With that in mind, if the Magpies get the best out of such talents – along with exciting players such as Miguel Almiron, Allan Saint-Maximin and Valentino Lazaro – they could have a promising future.

So, with Bentaleb citing ambition as a reason to stay (however jarring that might sound with Ashley still in town), it should be viewed as a positive, if the player and the club can grow together over the coming years – should his loan move be made permanent in the summer.

Do you think Bentaleb can rediscover his form? Join the discussion by commenting below…