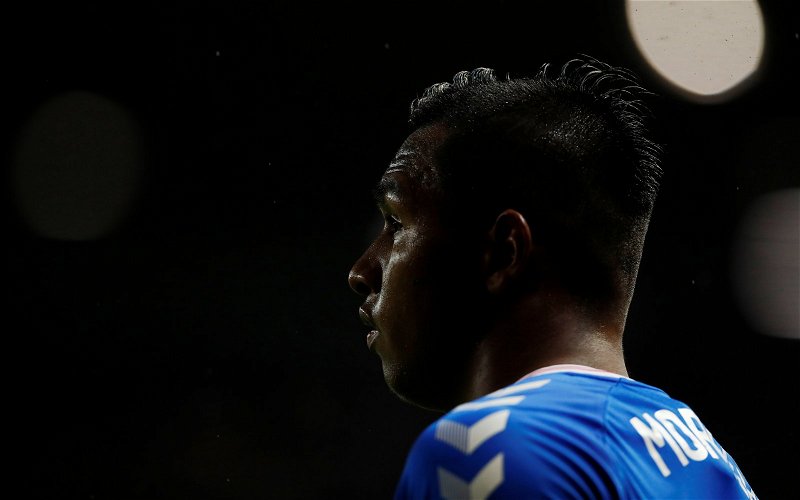 Given the lack of firepower in the Newcastle United squad this season, you might have been forgiven in assuming that Magpies supports were desperate to lap up any rumour suggesting their club could move for a prolific forward.

Joelinton’s performance against Rochdale saw him slated online and Dwight Gayle has been linked away so recent suggestions from the Daily Star in regards to Alfredo Morelos might have been looked upon as welcome news. Indeed, the Colombian has bagged 28 goals (per Transfermarkt) in all competitions this season, including an impressive haul of six in as many games in the Europa League group stages.

However, after the Chronicle reacted to the news by posting a link to their scout report on Twitter, a number of fans reacted negatively to the idea that the Magpies could move for the 23-year-old this month. Amongst the replies, the striker’s disciplinary issues seem to be the main factor here.

Since moving to Scotland in 2018, Morelos has missed 12 games through different suspensions and, even now, the Scottish Sun suggest that those behind the scenes at Ibrox fear he could be banned for a month after he controversially seemed to make a throat-cutting gesture following his dismissal in a recent Old Firm game.

Newcastle eyeing up potential moves for Jarrod Bowen & Alfredo Morelos…. think Bowen is the better option as Morelos could end up being another Mitrovic #NUFC

Hope not he spends more time suspended than playing. Liability

No mention of his red card tally though. No point having a good goalscorer if they’re suspended all the time!

Would you want Alfredo Morelos at Newcastle United? Join the discussion by commenting below…