Newcastle United transfer news: Nabil Bentaleb likely to be the only loan signing to stick around 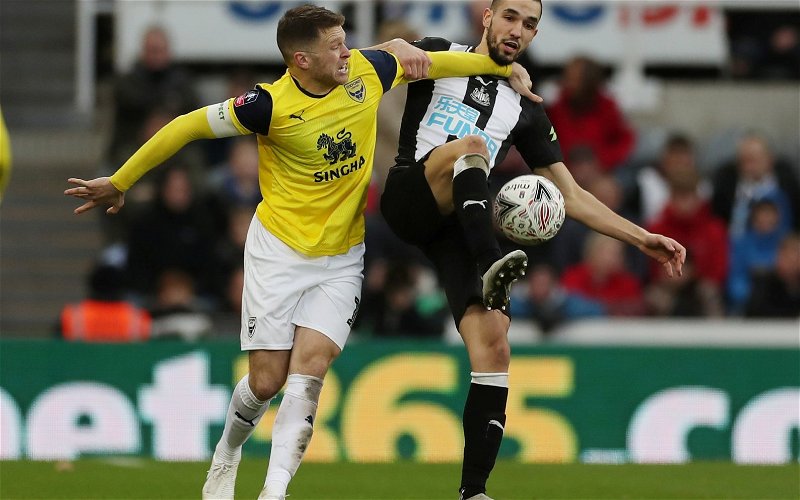 With deals for Nabil Bentaleb, Valentino Lazaro and Danny Rose secured for Newcastle United this month, they certainly have been one of the busier Premier League clubs. Still, while the sight of three international players arriving can be seen viewed as exciting, the fact they are only loan deals doesn’t exactly speak to a long-term plan with them.

Indeed, Lazaro’s agent has already spoken about his client would like to one day return to Inter Milan, while Rose’s deal from Tottenham isn’t understood to include a permanent option, so these are seemingly short-term fixes for the moment.

With that in mind, Mark Douglas’ take on who could be sticking around for the foreseeable future is interesting. Replying to a fan on Twitter, he claimed he believed Bentaleb – who the Toon are thought to have an £8.5m permanent option on this summer – would be most likely to be in black and white next season.

Since arriving from Schalke, Bentaleb has certainly made the right noises. Even after his debut – a reasonably poor game at home to Oxford – the former Tottenham man cited the club’s ambition as a reason as to why he wanted to stay on a permanent basis and, while he’s struggled in recent months, has previously been praised by some high figures.

You can read more on this and other top stories via our Newcastle United news page.

Michael Cox compared his game to that of Sergio Busquests’ while his sporting director Christian Heidel two years ago (via WAZ) described as ‘the best footballer in the whole team’, so there does appear to be some promising potential there. So, should the management team manage to get the best out of him, having him in the years to come can be seen as a positive.

Who do you think will play for Newcastle? Join the discussion by commenting below…