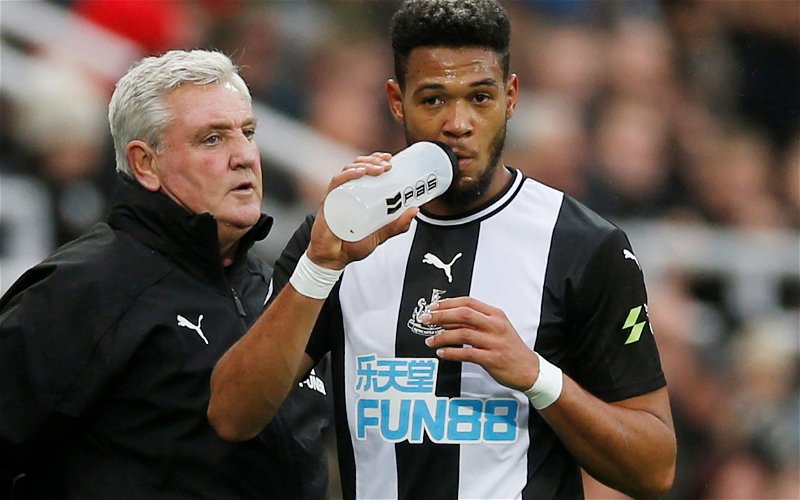 According to the Daily Mirror, Newcastle United manager Steve Bruce is considering dropping club-record signing Joelinton for this weekend’s trip to Wolves.

The Brazilian was described as the ‘possibly the worst’ No.9 in the club’s history by former Magpie Michael Chopra following his miserable outing against League One outfit Rochdale in the FA Cup and has only scored one goal this season. Alarmingly, his average of just 1.5 shot a game (per WhoScored) is actually the lowest in his recorded career.

With that in mind, the report suggests Bruce and his coaching staff are exploring the idea of dropping him after the return to full training of Andy Carroll, who missed the recent journey to Spotland. He, along with Dwight Gayle, were confirmed by the club to be back in action after an injury crisis rocked the Toon Army and, as a result, the former Hoffenheim man could miss out.

So, here’s what a section of the support made of such news online.

Not joelinton he needs dropped

Yes, get him out on loan to Gateshead. About his level..just..

Should'nt be near the first team at the moment …

It’s taken him this long to figure it e

How would you solve the Joelinton problem? Join the discussion by commenting below…