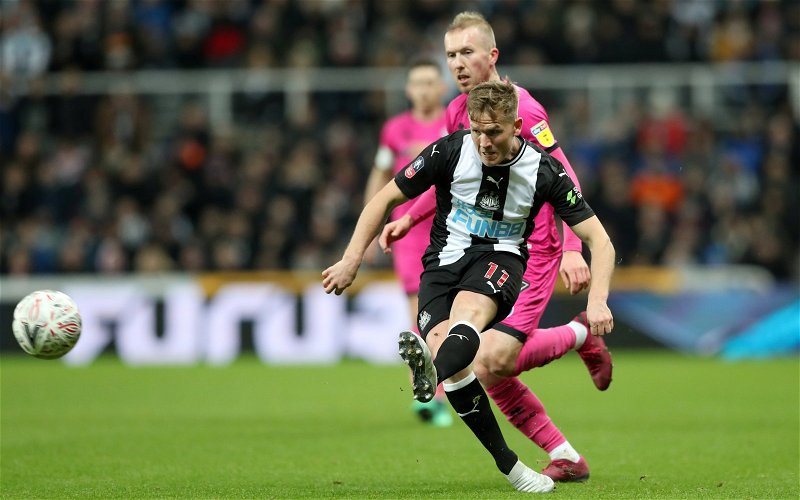 Despite Rochdale making life difficult for Newcastle United at Spotland just under a fortnight ago, the Premier League outfit dispatched their visitors with ease at St. James’ Park to progress into the fourth round of the FA Cup, setting up a home tie against Oxford United.

Following a decent point away at Wolves given the circumstances of picking up two injuries in the first-half and the return of captain Jamaal Lascelles, this can certainly be viewed as a positive week for the Toon Army, who also had Joelinton finally break his duck at St. James’ Park by scoring the last home goal in the 4-1 win.

However, the Brazilian or the aforementioned Lascelles weren’t the main talking points. Indeed, Matt Ritchie who, despite missing a large portion of the campaign thus far with injury, still averages the most key passes per game in the league (2.3 via WhoScored) of anyone in the squad, stepped up his recovery by getting his first start in months on Tyneside.

Upon his return to the starting XI, Ritchie certainly proved his worth. Deployed at left-back in what appeared to be 4-3-3 from Steve Bruce, the 30-year-old set-up the first two strikes, forcing the Dale into an own goal early before teeing up Matty Longstaff with dangerous crosses from the left. Furthermore, given the fact Joelinton wins 5 aerial duels on average a game, perhaps a player of Ritchie’s crossing ability can help unleash him going forward.

As you can imagine, a number of supporters online enjoyed his return just days after the Chronicle reported he had agreed a new deal in principle, so here’s a look at how some of them reacted.

May only be Rochdale but another goal Miggy who is in top form, great to see Ritchie back and a goal from Joelinton may just be the boost he needs.

Can’t help but feel like the delivery Ritchie provides is what Joelinton has been begging for. Let’s see… #NUFC

Matt Ritchie looking like a new signing bringing in some great deliveries just shows how much we've missed him this season!

Ritchie will help Joelinton quite a bit. Can get better supply to him from wide and will help in link up play. https://t.co/FWDacdFFZw

Much missed player forc the Toon! His performance tonight just how much we've missed this guy from the team – should help Joelinton. https://t.co/TcP2mA9AML

Just how big could Ritchie’s return be? Join the discussion by commenting below…