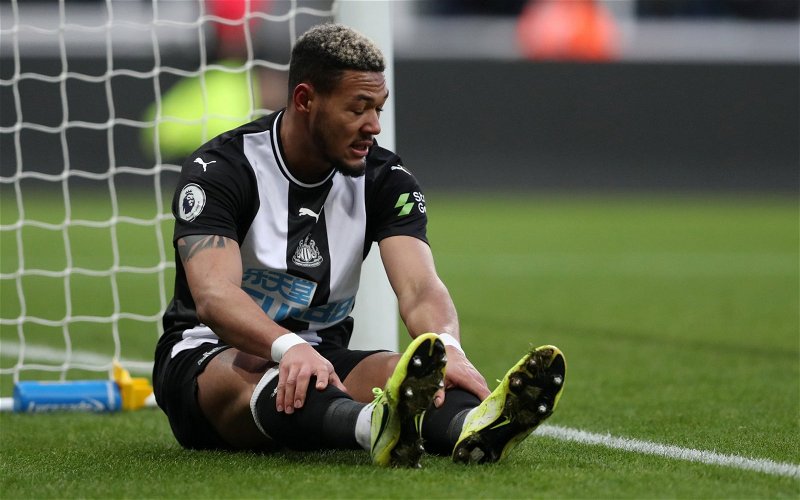 Perhaps unsurprisingly, Newcastle United striker Joelinton has been ranked amongst the underwhelming signings of the season by the Daily Telegraph.

The former Hoffenheim man has scored just one goal this season since joining for a club-record fee and, alarmingly, even the likes of Jonjo Shelvey is averaging more shots per game than him (1.7 to 1.5 per WhoScored), further demonstrating how little he’s been involved in terms of direct attempts on goal. To put that into context, its the lowest averaged in his entire professional career.

His performance against Rochdale in the FA Cup was recently torn into by a number of supporters online and ex-Magpie striker Michael Chopra took to Twitter to label the Brazilian marksman as ‘possibly the worst No.9 in the club’s history’, so it’s fair to say things aren’t exactly going all too well.

In their piece, the Telegraph do note that the 23-year-old has often operated wide of a striker at his previous clubs (Transfermarkt show he’s played in a support role 22 times in 127 career appearances) and that perhaps the decision to hand him the iconic shirt number was a bad idea.

However – potentially mitigating factors aside – amid a miserable run of form for both he and the rest of the side of late, it’s yet another unwelcome turn in Joelinton saga as the Magpies hunt for an emergency striker in the January transfer window.

Is Joelinton the worst No.9 in the history of Newcastle United? Join the discussion by commenting below…