Dwight Gayle: Fans react after claims Newcastle United doubt they can get valuation for striker 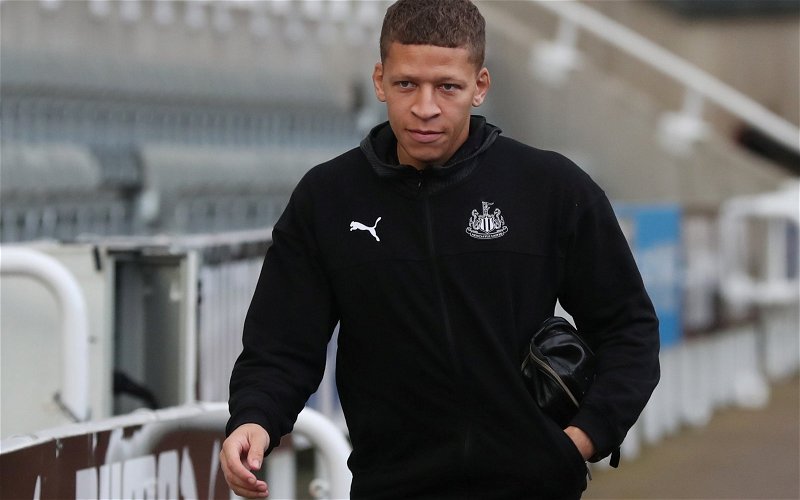 According to the Chronicle (yesterday at 19:11), those behind the scenes at Newcastle United are not convinced that clubs from the Championship would be willing to pay between £12-15m for the services of Dwight Gayle at this point in the season.

The 29-year-old has bagged 59 times in 100 second-tier games at that level over the course of his career but, as recently as last summer, West Bromwich Albion pulled out of any deal to sign him permanently after a successful loan spell, citing his ‘Premier League contract’ as a major reason.

Linked with moves to Preston and Nottingham Forest of late, Gayle has featured in just 150 minutes of first-team action in the league this year and his record of just 21 goals in 107 top-tier outings makes for fairly miserable reading given the Toon’s wider struggles for goals so far.

As per the report, the club have also ruled out the possibility of selling him on the cheap in order to free up space within their squad, so his future does look unclear right now.

With this story in mind, here’s a look at how sections of support on Twitter reacted after @NUFC360 relayed the story.

£10m deal with a 5m add on if the club is promoted in the next year or two. Gayle is an asset for any championship club, I'm surprised more aren't clammering for him.

Gayle's losing value all the time. Barely touched a ball. £15m is getting more and more unlikely.

Keeping Gayle and not using him since being promoted whilst we could get 10mil for him sums up how we’re run.

So, basically the idea of making a sound logical decision to help the current manager and make staying in the premier league a greater possibility, "has been firmly ruled out."

And in another 6months his contract goes down further as does his value. Just cut your losses!

What's the point in having him? We may as well take what we can get. Bruce doesn't play him, he has value in him atm… Sitting on the bench until the summer that value diminishes every passing game he doesn't play.

What do you think the future holds for Gayle? Join the discussion by commenting below…