Joelinton’s Struggles Will Keep Newcastle In Relegation Battle All Season 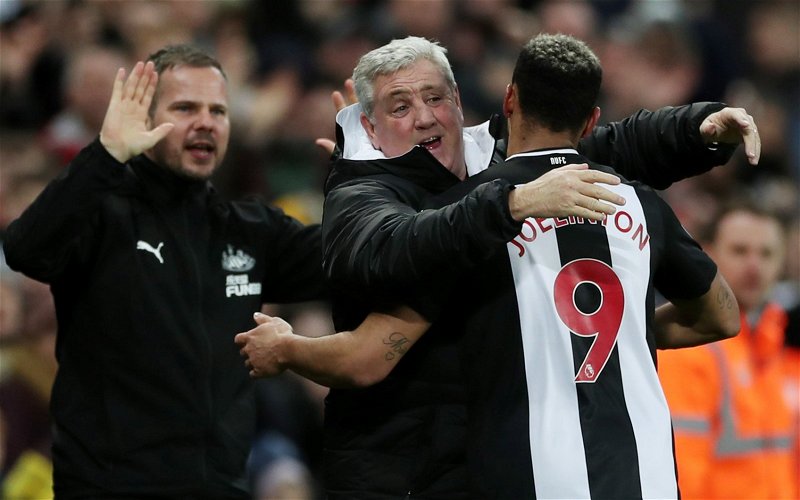 For most Newcastle fans, avoiding relegation should be a given, not the top priority. Alas, that is where the Magpies stand these days. Having been relegated twice over the past decade and being miles from European competition, staying up remains Newcastle’s top goal.

As we head into February and the stretch run of the Premier League season, safety is not yet guaranteed. While a rash of injuries has undoubtedly played a role in that being the case, much of the blame should fall on the shoulders of striker Joelinton, whose struggles this season will doom to Newcastle remaining in the relegation battle until the end of the season.

As the Premier League calendar flips to February, Newcastle sit 14th in the table, just seven points clear of a three-way tie between West Ham, Bournemouth, and Watford for the last two relegation spots. Outside of lowly Norwich City, the five teams that sit below the Magpies are all more than capable of making a run late in the season and surpassing Newcastle, putting it at risk of relegation. To place wagers on the Premier League and other sports, get your Bet365 Bonus Code.

Defensively, Newcastle has held its own outside of a few games against some of the Premier League heavyweights. However, Bournemouth and Watford are the only Premier League teams that have scored fewer goals than the Magpies this season.

Newcastle’s best chance at avoiding relegation is to increase its scoring output. That makes Brazilian striker Joelinton a key part of the club’s survival this season.

Unfortunately for the Magpies, he’s done nothing to indicate that they’ll be able to rely on him to score goals for them late in the season.

Coming into the season, there were big expectations for Joelinton after Newcastle spent a club-record £40 million to sign him from German club Hoffenheim. With both Salomon Rondon and Ayoze Perez leaving St. James’ Park over the summer, the Magpies were in desperate need of proven goal scorers.

By shelling out a club-record transfer fee, Newcastle put all of its eggs in Joelinton’s basket, expecting him to serve as their lead striker. After scoring 11 goals in 33 appearances across all competitions for Hoffenheim last season, Joelinton looked like someone Newcastle could rely on to find the back of the net.

However, that’s not how things have played out this season. Over the team’s first 24 Premier League games of the season, Joelinton has provided just one goal and a measly two assists for the Magpies.

In addition to his lack of goals, Joelinton’s hold up play has left a lot to be desired. He’s struggled to do all of the little things that quality strikers do to help their team get results.

Even if preseason expectations had been a little more modest, he still would have fallen well short of what Newcastle has needed out of him this season.

In Joelinton’s defense, Newcastle’s other attacking options haven’t produced much this season either. The likes of Andy Carroll, Dwight Gayle, and Christian Atsu are all scoreless during the 2019-20 Premier League campaign.

Even Miguel Almiron has produced just two goals and one assist up to this point in the season. However, those players, with the exception of Almiron, haven’t started all but one of Newcastle’s Premier League matches this season, and none of them received a club-record transfer fee over the summer.

More importantly, things don’t seem to be getting any better for Joelinton. The one Premier League goal he has to his name came back in late August. A recent goal in the F.A. Cup against League One side Rochdale doesn’t exactly inspire confidence given the season the Brazilian has had thus far.

That’s particularly true after an ugly performance in Newcastle’s recent draw against Everton. While the Magpies rallied late, they did so after Joelinton came off, looking more of a threat to score once their starting scorer was taken out of the game.

“Joelinton was struggling after 50 minutes; I nearly put a center-half up front,” Newcastle manager Steve Bruce said after the Everton match. “He looked really tired today and was really sore.”

Joelinton’s performance against Everton is a strong indicator that he’s wearing down rather than getting stronger as we get deeper into the season. A sudden turnaround in his form seems unlikely.

But without many other attacking options available, the Magpies have little choice but to keep running Joelinton out there. However, if Joelinton can’t turn that playing time into goals, he’ll offer limited help in Newcastle’s bid to avoid relegation.

To their credit, the Magpies have done well for themselves for a team that isn’t getting goals from its starting striker. In their last three Premier League games, they managed a draw with a tough Wolverhampton team, a smash-and-grab victory over Chelsea, and an improbably draw with Everton after falling behind 2-0.

But the manner in which the Magpies got those results is not going to be easy to replicate. They’ve been opportunistic and a little lucky, but they can’t expect those situations to continue to present themselves.

Without the good fortune that Newcastle has received in recent games, the Magpies would be much closer to the relegation zone than they are now. More importantly, without consistent goals from their striker, they remain at risk for an extended slump that could cause them to tumble down the Premier League table.

Joelinton’s struggles this season have Newcastle in a position in which safety is far from secure. If that doesn’t change, the Magpies are likely to struggle to guarantee their safety throughout the rest of the season.