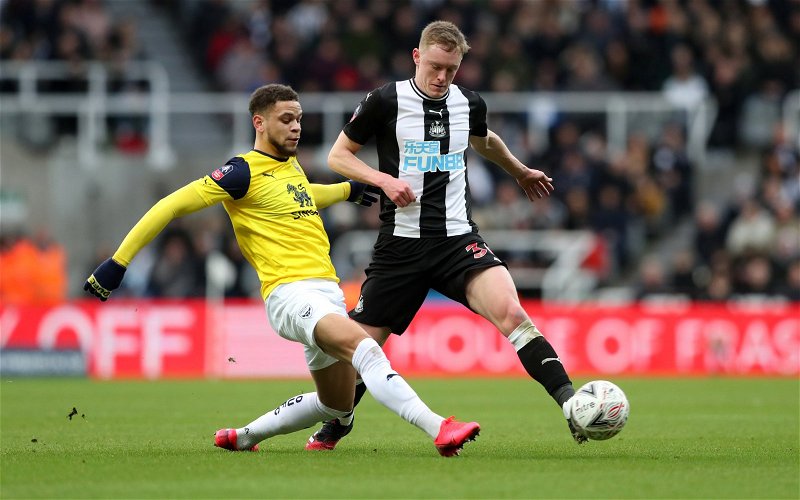 Whilst looking at Sean Longstaff’s situation at Newcastle United, the Daily Telegraph’s Luke Edwards shared some insight as to goings-on behind the scenes for the midfielder. Indeed, it’s been a difficult campaign for the academy graduate so far, just months after he burst onto the scene.

According to Edwards, Longstaff’s agent pushed for his client to be made one of the Magpies’ top earners less than 12 months after his new deal amid £25m links with a move to Manchester United following an emergence in early 2019 that saw him praised by Pep Guardiola and compared to the likes of Michael Carrick.

What does this mean for the midfielder?

While it’s understandable that such transfer speculation would go to a young player’s head (as he’s eluded to), the fact that agents were reportedly trying to get him such a big deal is somewhat concerning. Now, perhaps that’s just the nature of the beast that is modern football, but if there is a desire to fast-track his career as quickly as possible without taking into consideration what’s best for the player, it clearly can’t be the healthiest situation.

Given how well he adapted to life in the Premier League initially, it’d be stupid to write Longstaff off, but there has been an obvious dip in performances this term. With that in mind, perhaps coming out of the side and allowing Nabil Bentaleb to find his feet on Tyneside would be a smart idea in an attempt to give him a break.

What has happened to Longstaff? Join the discussion by commenting below…