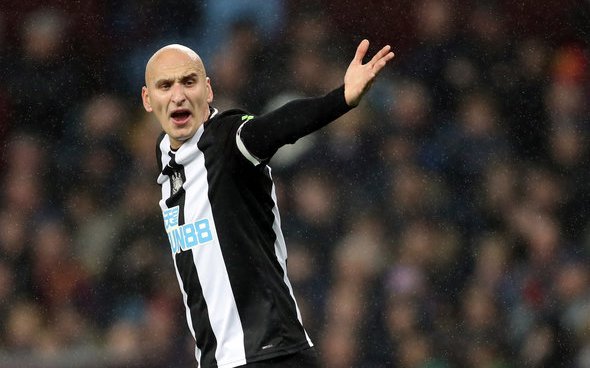 The £70,000-a-week ace [Spotrac] scored with a stunning late strike against the champions to ensure a share of the spoils at St. James’ Park, and Toon legend Shearer was quick to acknowledge his efforts.

Speaking on Match of the Day (BBC One, 10.20pm, November 30th), he said: “It was a magnificent hit and he was superb today, as were a few Newcastle players.

“He needs to keep putting those performances in.”

Shelvey was, as Shearer rightly points out, superb on Saturday, and we’re starting to see the same kind of influential form that he showed consistently at times during Rafa Benitez’s tenure on Tyneside. His outing against City was a real battling display, with three tackles, four interceptions, and three clearances, as per Whoscored, and coupled with his wonder strike at the end, he was well deserving of his match rating of 7.91. The technique he exhibited for that goal was jaw-dropping, and when he gets into gear there are few players in the Premier League who can match him in terms of striking and distributing a ball. Having Shelvey back to his best will be a massive boost for Steve Bruce, and while he may still be a divisive figure, the midfielder should be winning the fans back round too.