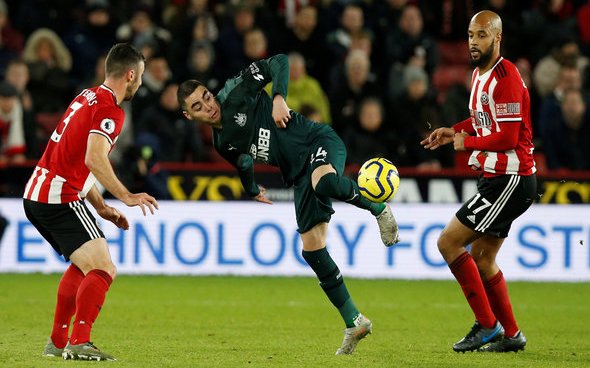 The Paraguay international has been a regular for Steve Bruce’s side this term, while Atsu has not. But with Allan Saint-Maximin out injured the Ghanaian looks set for a run in the team. Sky Sports pundit Robinson feels that if he excels, it could be Almiron dropped when Saint-Maximin returns to fitness.

“Yeah there’s an opportunity but it’s unfortunate for Saint-Maximin as he has been slowly getting better,” he told Football Insider. “But for Atsu it’s an opportunity with someone out for a month, he’s got a few games, potentially a run in the side, to add to his assist tally.

“The one thing with Newcastle is maybe they haven’t scored as many as they should have done and with Almiron being as wasteful as he is, it might be an opportunity for Atsu. As if Saint-Maximin comes back and Almiron still hasn’t got many goals or assists, then Atsu could take his place in the team.”

This is certainly a possibility with the way things are going. The loss of Saint-Maximin is an absolutely colossal one, because he has been pivotal in the Magpies’ improved run of form recently. The Frenchman’s skill, speed, directness and unpredictability is going to be hard for Bruce to replace. Still, Atsu appears to be the obvious candidate to come in for Saint-Maximin and the Ghana international is a pretty solid replacement. When you compare his performances – in limited action – this season to that of Almiron, it’s entirely conceivable that he could stay in, not Almiron, once Saint-Maximin returns. As per WhoScored.com, Atsu is averaging more key passes per game than the former Atlanta United man, while he is caught offside less and has fewer unsuccessful touches and dispossessions. Amazingly, the 27-year-old has actually come up with three times as many assists than Almiron despite playing almost a thousand fewer minutes. That says it all, really. 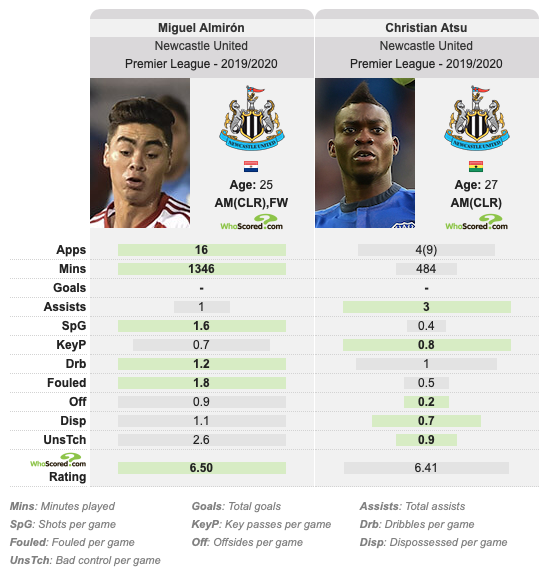