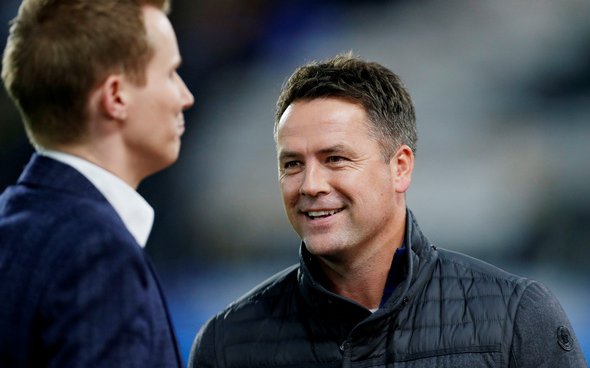 There hasn’t been a bigger contrast in two performances than Newcastle United showed against Manchester City after their defeat to Aston Villa the game beforehand.

The Magpies fought for every last ball in the 2-2 draw against the champions after a game in which they were lacklustre, and nowhere near good enough in a 2-0 defeat against one of Steve Bruce’s former sides.

Michael Owen has made his prediction for the clash and has backed his former side to be much more energetic than they were in the defeat at Villa Park when they go to South Yorkshire on Thursday.

“A terrific point for Newcastle at home to Manchester City on Saturday while the Blades maintained their unbeaten Premier League away record with a valuable point against a good Wolves side at Molineux,” he wrote in his BetVictor prediction blog.

“The Magpies were ordinary in their last away game at Villa Park but I think we will see a more spirited and energetic side at Bramall Lane. I can’t split the teams.”

Newcastle fans will be crossing their fingers that Owen is spot on with his verdict of the clash at Brammall Lane, especially after what they saw against City.

There is a major doubt surrounding whether or not they will be able to put in the same level of performance they did on Saturday, but Bruce will make sure the Magpies are ready to go again.

It was confirmed on their official website that DeAndre Yedlin and Andy Carroll were back in training, meaning that they nearly have a full-strength side available and they could be the fresh legs they could need to continue their positive run of form.

Some changes will be necessary over the Christmas period between now and the New Year, but all Newcastle fans will be hopeful that Owen is spot on with his energetic prediction for the Sheffield United.