With Joelinton struggling to fire ever since arriving at Newcastle United, it is no surprise that fans have been calling for him to be replaced sooner rather than later. The Brazilian has only found the back of the net once, nowhere near good enough from the player that became their club-record signing in the summer. Andy Carroll was back to full fitness for the game against the Yorkshire clash, and given that he has a history of scoring goals in the Premier League, it wouldn’t be a bad call for Steve Bruce to throw him back into the firing line, and in turn, take Joelinton out of it. Newcastle confirmed their starting line up for the clash against Sheffield United on their official Twitter account, with Carroll coming in for his first start of the season. Many Magpies’ fans went wild for the call by Bruce, claiming that the inclusion of the colossal forward was a masterclass from their boss for the game at Brammall Lane.

Nothing But Newcastle has rounded up the best reactions below: 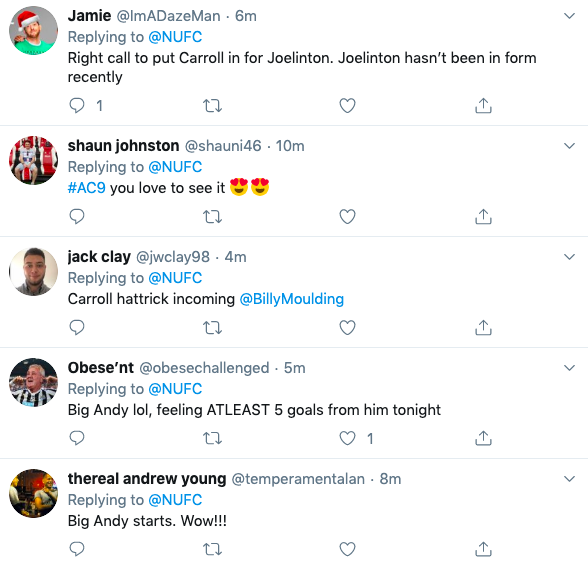 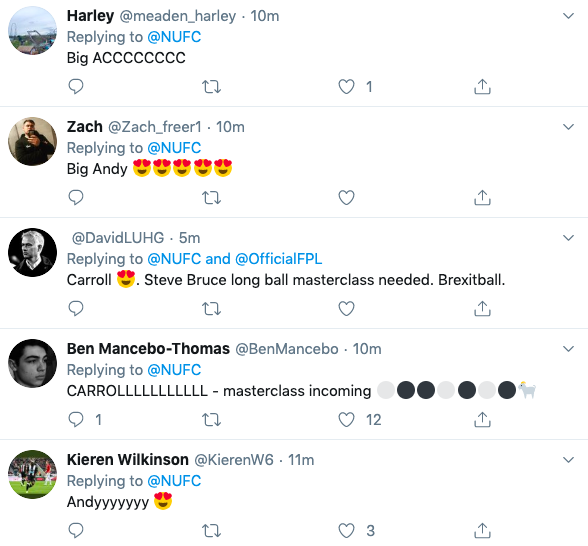