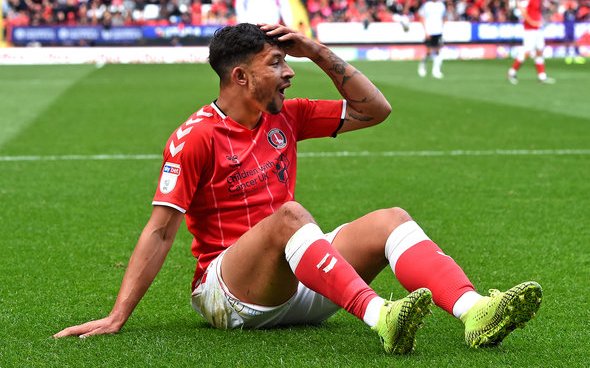 Newcastle United are leading the race for Charlton Athletic striker Macauley Bonne, according to talkSPORT.

The radio broadcaster claims that the Magpies are slightly ahead of Leicester City and Fulham in the battle for the former Leyton Orient striker.

The 24-year-old has scored 29 goals since the start of last season, with six of them coming since moving up to Championship level last summer [Source: Transfermarkt].

The fact that several of Bonne’s goals have come against the division’s elite – West Bromwich Albion, Leeds United etc. – have got Steve Bruce’s team interested.

You certainly have to take the opposition into account when judging the goal tally of a striker. Bonne has been doing it against the cream of the crop in the Championship, despite playing in non-league prior to his summer move. Newcastle are struggling for goals from their frontmen, so why not take a punt on Bonne? We’ve seen people like Jamie Vardy and Charlie Austin score goals in the Premier League after having careers in non league football, so there’s every chance that Bonne could do the same thing. The statistics from this season show that he is a good goalscorer, but may not have the all-round game necessary to cut it at the top level. As per WhoScored.com, first choice Newcastle striker Joelinton is beating the 24-year-old in average key passes and successful dribbles per game, while he’s fouled more often as well. He’s got more goals and is better in possession, so it’s up in the air whether he’s got what it takes to be a part of Bruce’s first team. 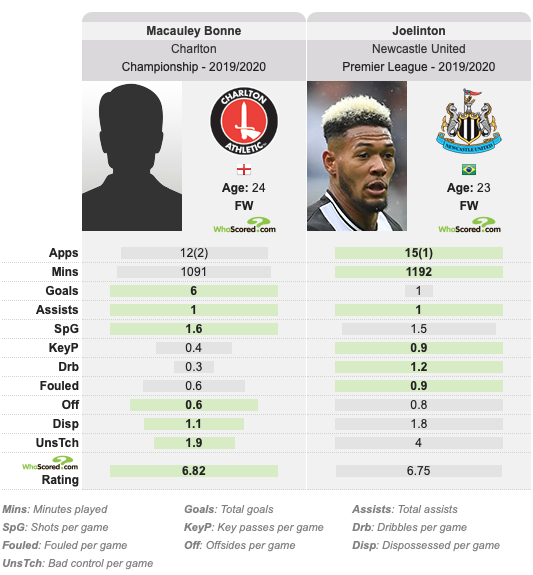