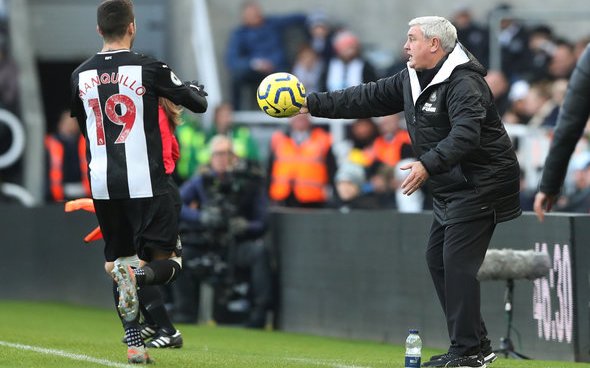 The Spaniard is a hard player to warm to, because he doesn’t do many spectacular things on the football pitch, but he is becoming Magpies head coach Steve Bruce’s most reliable option on the right hand side of his defence.

His performance against Manchester City on Saturday proved that, and he very much shut his critics up with a stellar performance in the 2-2 draw at St James’ Park.

Indeed, he has to be a regular starter moving forward now. Enough of DeAndre Yedlin’s attacking impetus mixed with defensive frailties, and Emil Krafth’s sheer awfulness.

He had to deal with Raheem Sterling and Benjamin Mendy on Saturday. He had to shackle one of the world’s finest attackers and most relentless attacking left backs. Yet, despite Sterling scoring, he did pretty well.

The statistics demonstrate as much. As per WhoScored.com, the 25-year-old made three tackles, one interception and two clearances. He also made three crosses and knocked three long balls forward, with two of them finding their intended target.

He’s certainly not a standout operator who you can look at and say ‘wow, there’s a top player’, but he is an extremely reliable defender who his head coaches can count on. Bruce needs that, especially with Jetro Willems bombing forward on the opposite flank.

To put Yedlin or – heaven forbid – Krafth back into the starting line-up after this sort of performance from Manquillo would be a big mistake.