Fernandez one of the players ‘trying to guide’ Joelinton 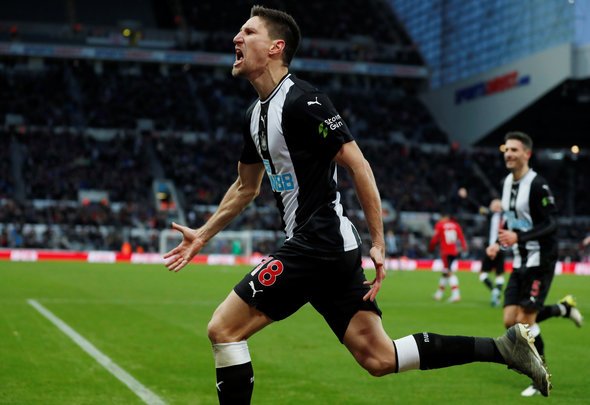 Newcastle United centre back Federico Fernandez is thought to be one of the players ‘trying to guide’ struggling striker Joelinton through his poor form, according to The Chronicle.

The newspaper claims that the Argentinian is attempting to help out his fellow South American, who has only scored once for the Magpies since his club record move last summer.

That strike came all the way back in August in the win over Tottenham Hotspur, but Fernandez is attempting to help keep the Brazilian in a positive frame of mind.

It must be hard for Joelinton right now. He’s playing in a new country, in a completely different and unique league, and has struggled to get going. Furthermore, he doesn’t speak the language and is just 23 years of age. That’s something that we all tend to forget because of the sheer size of his transfer fee. He’s a young man in a new place and so it’s naturally going to be difficult for him. However, it will help to have a fellow South American like Fernandez helping him out and putting a comforting arm around his shoulders. Fernandez is far more experienced than Joelinton, and he knows what it’s like to come to England (well, Wales) from a foreign country. Unfortunately, Newcastle don’t have too many other South Americans who Joelinton would be able to easily converse and get along with. There’s Miguel Almiron, of course, but the Paraguayan probably doesn’t have the answers to Joelinton’s struggles.