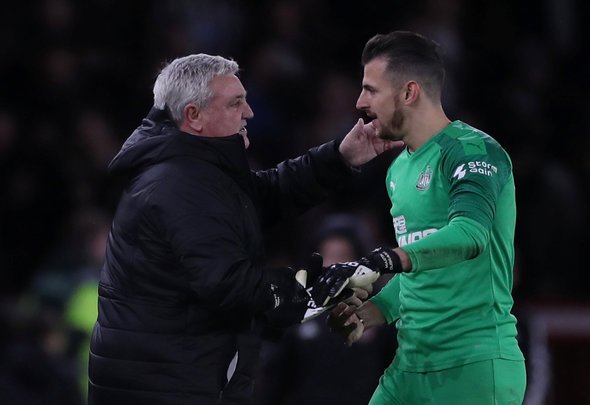 The start that Newcastle United have made to this season has been a pleasant surprise for many Magpies fans, and that continued on Thursday night.

Steve Bruce’s side battled to a terrific 2-0 victory at Sheffield United, with goals from Allan Saint-Maximin and Jonjo Shelvey securing all three points.

However, the real star of the show was goalkeeper Martin Dubravka. The Slovakian international was absolutely superb at Bramall Lane, making a number of fantastic saves.

In fact, you could make a very strong argument that this was the best individual performance of any Newcastle player this season. Really you could, Dubravka was that good.

He made two phenomenal saves from Blades striker Oli McBurnie, with the first being a quite sensational flying parry to deny the Scotland international’s header at point blank range.

Then there was the diving effort he made to prevent Oliver Norwood from scoring with a tremendously well-taken free-kick. No matter that the 30-year-old picked up a knock during the game, he didn’t let that stop him – oh no!

It’s no surprise that he came away with a fabulous WhoScored rating of 8.51 [Source: WhoScored.com]. Truthfully, he probably deserved more than that. The ‘keeper almost single-handedly kept the Magpies ahead after Saint-Maximin’s opener.

When you consider who his competition could be for best Newcastle performance of the campaign, there aren’t too many who stack up anywhere near Dubravka’s Thursday night effort.

Perhaps one of the centre backs’ displays in recent weeks, or Shelvey’s against West Ham United last month. However, nothing truly compares to the heroics the goalie pulled off at Bramall Lane – he was superb.