Bent spot on with Holgate verdict 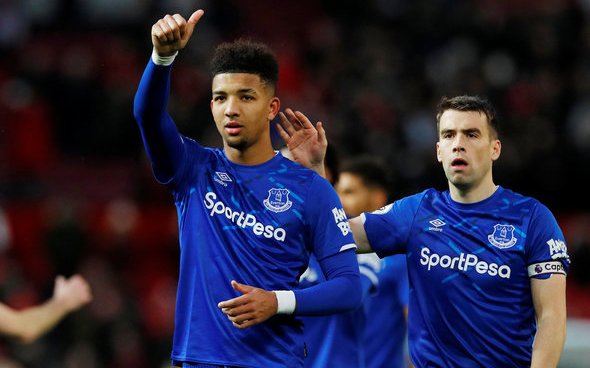 While it might be unlikely to happen, it would be a pleasant surprise if Newcastle United were to make some exciting moves in the January transfer window.

There have been some encouraging noises on that front, with the latest being the Football Insider report from last week that the Magpies are targeting Everton utility man Mason Holgate in a £14million swoop.

Now that’s a move the north east giants surely need to pursue. Whether they’d be able to get the player out of Goodison Park remains to be seen, but it’s certainly a swoop that former England international Darren Bent feels they should go for.

“I think Mason Holgate has shown signs he can be a top centre-half,” he told Football Insider. “When you’re playing next to inconsistent centre-halves it can become difficult, for him it would be a great move [to Newcastle] if he can get it, but if I was Everton I’d be holding on to him as he has shown that he can be a very good centre-half.”

The Sky Sports pundit has nailed his verdict, here, and his gushing words on the young defender surely indicate that January is the time for Newcastle to act.

The statistics from this season indicate that Holgate has all the qualities to flourish in a number of positions in a black and white shirt. As per WhoScored.com, the 23-year-old is averaging a whopping two tackles per game.

Furthermore, he averages one interception, 2.7 clearances and 0.7 blocks an outing, while he is only being dribbled past 0.3 times. That last statistic is despite operating in defensive midfield against Manchester United on Sunday. His WhoScored rating for that game, by the way, was a terrific 7.12.

So this is a young player with tons of potential who has proved he can operate at a high level at right back, centre back and centre midfield. Given the Magpies’ struggles in the former position, Holgate could be an ideal recruit.

Bruce needs to get Lee Charnley and Mike Ashley on the phone as soon as possible and get them to sanction a bid for Holgate, to test the waters to see where the Toffees stand at the very least.