Basham out to prove himself to Newcastle 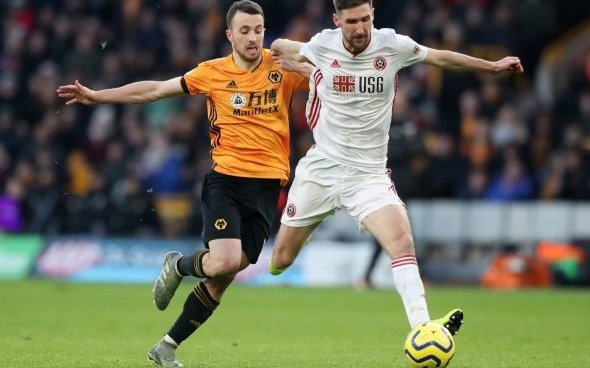 Sheffield United defender Chris Basham has admitted that he is out to prove himself against Newcastle United on Thursday evening.

The 31-year-old was released by the Magpies as a youngster and opened up on how he felt embarrassed when the decision was made in the North East.

Should Basham be selected by Chris Wilder at Brammall Lane, it would be the first time he has lined up against Newcastle in a competitive fixture.

“Obviously you want to prove it to them in a good way because this is a kid they released,” he told Sky Sports.

“It did hurt back in the day when I got released because it is a bit embarrassing in front of friends.”

Basham has started each of the Blades’ 14 Premier League fixtures so far this season, with his side sitting just in the top half and three points ahead of Newcastle.

Well, this could make it an interesting occasion at Brammall Lane on Thursday for Basham. Steve Bruce will be hoping that it becomes too big of a game for the 31-year-old to cope with at the heart of the defence. Sheffield United play in such a strange system which sees their central defenders overlap their full-backs, so should they have large periods of success going forward it will be largely down to the performances of Basham and Jack O’Connell. The experienced defender has completed 2.4 tackles per game according to WhoScored, as well as completing 32.2 passes per game – only five players have more in their squad. Newcastle will need to find a way to neutralise Basham in the Blades’ formation, or he could be capable of making it a long evening for the Magpies’ backline. Having a back five could make that a lot easier for Bruce’s side, and they will need to utilise the counter-attack to fully take advantage of Basham pushing forward.