Ciaran Clark came off the bench at half-time for Ireland on Monday night but could not help them earn the result they needed for automatic qualification for Euro 2020. Ireland drew 1-1 against Denmark with Wolves’ Mat Doherty scoring a late equaliser for the Irish before they failed to grab a much-needed winner. Clark’s been in impressive form for Newcastle United but it would be fair to say that fans on Twitter gave a mixed reaction to the centre-back’s performance at the Aviva Stadium in Dublin. Clark was slammed for his sloppy use of possession while one fan even claimed that a cardboard cut-out of Paul McGrath would be better than him in the defence. It’s very harsh and it is understandable that there would be a lot of criticism after a disappointing result. Clark’s doing well for Newcastle at the moment and that is all what the Toon Army will care about.

Ciaran Clark so poor there for the goal keeping him on so so poor!

If McCarthy wants to continue to play fake football, then he may as well play Clark alongside Egan at the back and Duffy up front with runners off him, in the play-off. Just admit we are a long ball team and do that. #IRLDEN #COYBIG

Would possibly prefer a cardboard cut out of Paul McGrath at centre half than Ciaran Clark. #IREDEN #COYBIG

Lose the mistakes for the next 47 minutes 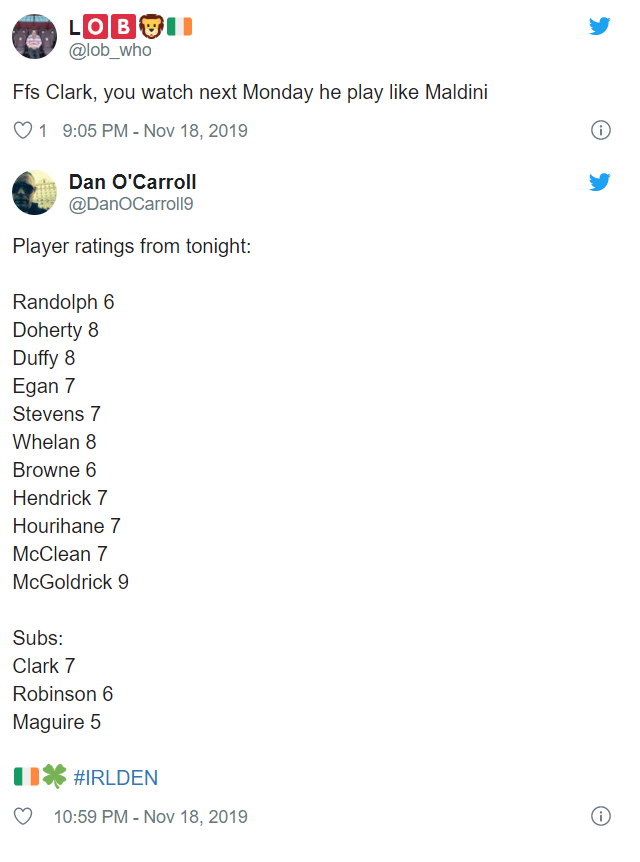