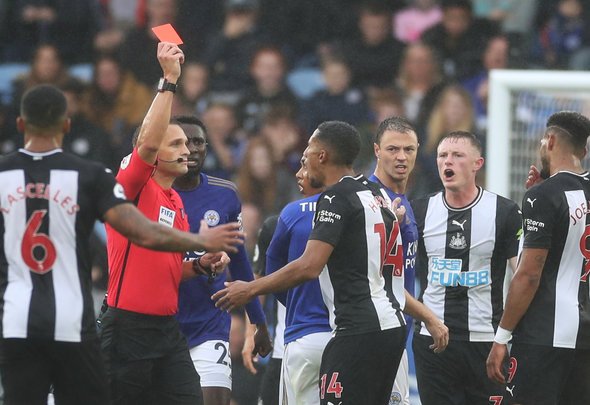 Some Newcastle United fans took to social media in order to claim that Magpies midfielder Isaac Hayden is better than West Ham midfield enforcer Declan Rice. One Newcastle supporter started the discussion about who was better out of Hayden and Rice, following the Hammers midfielder making Gareth Southgate’s latest England squad and you wonder if the aforementioned Magpies fan was trying to suggest the England boss had wrongly overlooked Hayden. Hayden, 24, has never won an England cap at senior level while the notably younger Rice has already got six-caps to his name, and it seems the Newcastle fans below believe this is wrong. One fan claimed Hayden was one of the most underrated players in the Premier League, while another supporter opted to call Rice massively overrated. While you have to acknowledge that Newcastle fans may be a bit bias when comparing a member of Steve Bruce’s squad to a West Ham player, it does make you wonder how far Hayden is off getting international recognition. England aren’t drowning in quality defensive-midfield options, and Hayden is reguarly proving his worth in the top-flight. The midfielder has averaged an impressive 3.1 tackles per game, as per WhoScored, across his eight league outings this season and has even managed 1.9 interceptions per match, so surely he is worth Southgate’s attention? 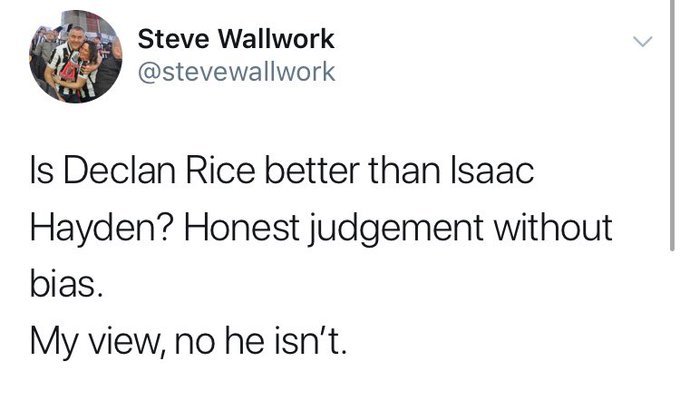 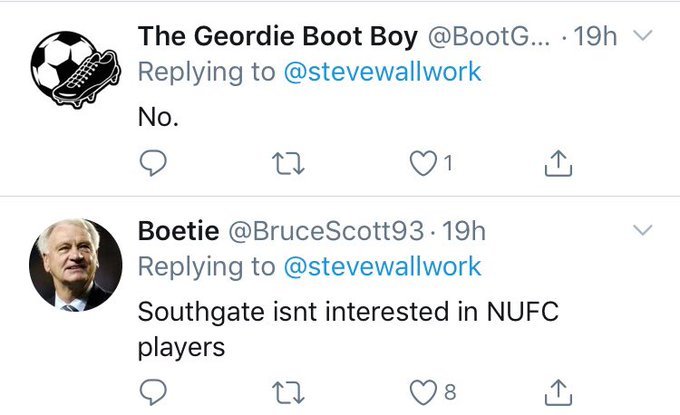 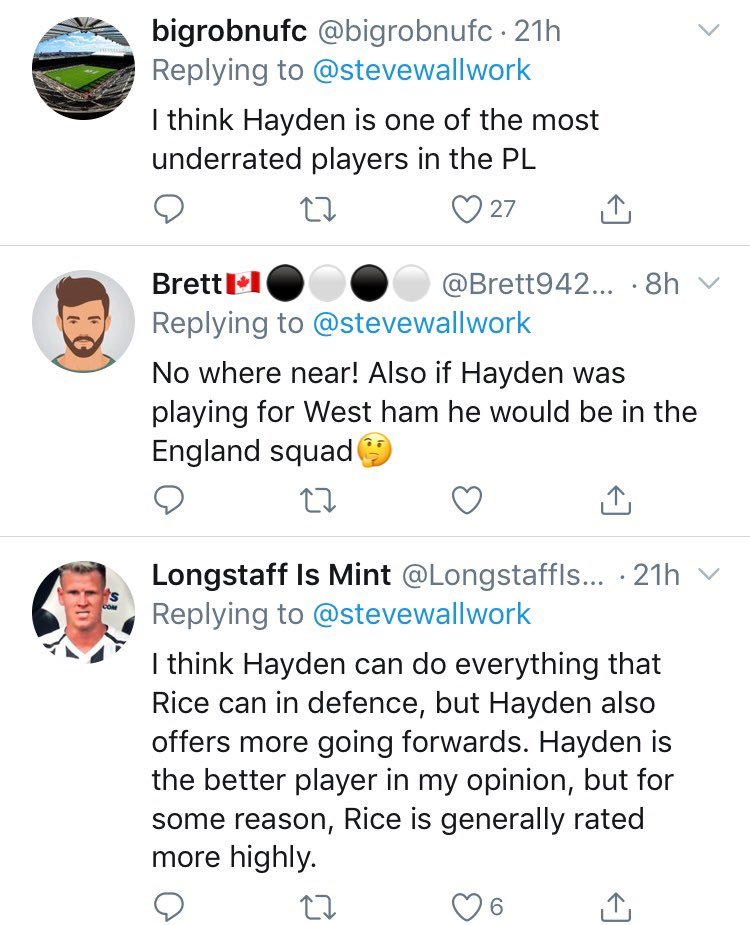