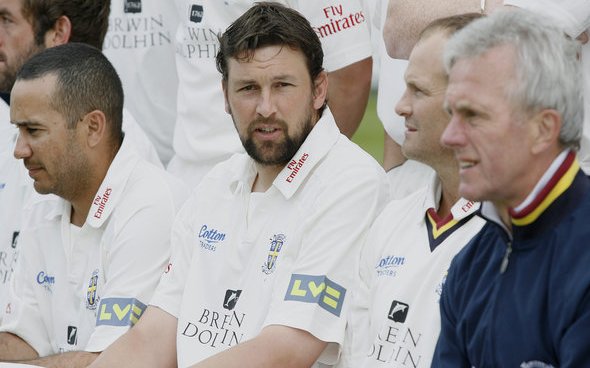 The former cricketer pointed out that the Magpies had five centre-backs, presumingly snubbing Paul Dummett who is naturally a left-back, who were defensively good enough to feature for most Premier League teams.

Harmison pointed out that the quintet probably wouldn’t make the cut at a side in the top-four, but that most teams outside that may benefit from one of the Magpies centre-backs.

“We have five centre-backs there who are defensively as good as any…they could get into the most teams outside the top-four in the league,” said Harmison on talkSPORT (Tuesday, November 12th, 06:07am).

This is a very bold opinion to have and shows you just how in-form the Magpies centre-backs have been as of late to have Harmison go on record with such a statement. After all, he probably wouldn’t have been drooling over the Magpies’ defensive options after Steve Bruce’s side suffered a 5-0 defeat to Leicester City, but time heals all wounds it seems. As it stands there are 12 teams in the Premier League that have conceded fewer goals, so when you discount the top-four, there are probably eight teams who’d rather have their current centre-back options and rightly so based on the stats. If Harmison had made a case for just one of the Magpies’ centre-back, such as Fabian Schar, then it would be easier to argue his case. The 27-year-old has wowed this season across his nine league outings as he has averaged 2.4 tackles per game as well as 2.4 interceptions per match, as per WhoScored, and he impressed last season by achieving an average match rating of 7.30. So there’s a case to be made that a lot of other Premier League teams would love him, but can you say the same about Clark? The Irish centre-back has been in fantastic form, even scoring two goals this season, but it wasn’t that a long ago he was on the fringes of the Magpies’ squad and likely at risk of being sold. Clark made just 11 league outings last season, and it’s not like Premier League teams were banging down the door to try and poach him in the summer.