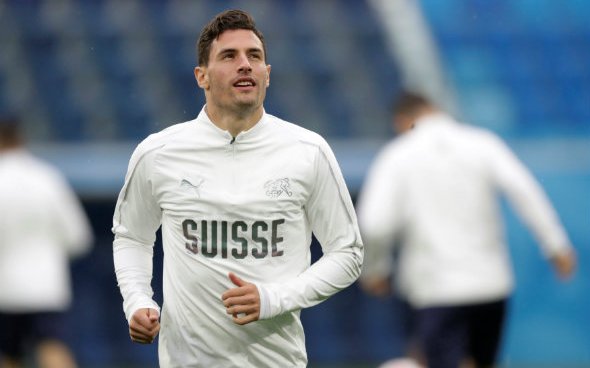 Reinforcements in January could really propel Newcastle United into the top half of the Premier League.

The Magpies have really turned it round in recent weeks under Steve Bruce, with back-to-back wins over West Ham United and Bournemouth placing them only two points behind fifth-placed Sheffield United.

If Bruce can maintain their form and stay in touching distance of the chasing pack of European football, then the winter transfer market will become even more important to his side.

The opportunity to strengthen could give Newcastle the upper hand over teams in-and-around them in the table and see them rise up the ladder.

It was recently reported by the Times that the Magpies could make a move for Arsenal midfielder Granit Xhaka midway through the season should his current nightmare continue.

After being stripped of the captaincy at the Gunners, the newspaper claimed on their website that the Swiss international could make the switch to St James’ Park in search of more football.

International breaks are not usually everybody’s cup of tea but they could have been pivotal to any hopes Newcastle have of bringing Xhaka to the North East.

Fabian Schar is a close friend of his Swiss counterpart and according to the Telegraph, he has been telling Xhaka about Newcastle and the area.

The 27-year-old would bring great experience to Bruce’s side midway through the campaign and could add some real grit and steel alongside the likes of the Longstaff brothers and Isaac Hayden.

In his nine appearances this season, he has averaged two tackles per game according to WhoScored, and Schar’s recent injury could have meant that he has missed out on time that could have been used to motivate him to move.

Either way, Newcastle could rely on Schar to make a good impression for Xhaka and that might ultimately make up his mind.