Ritchie sent back to specialist 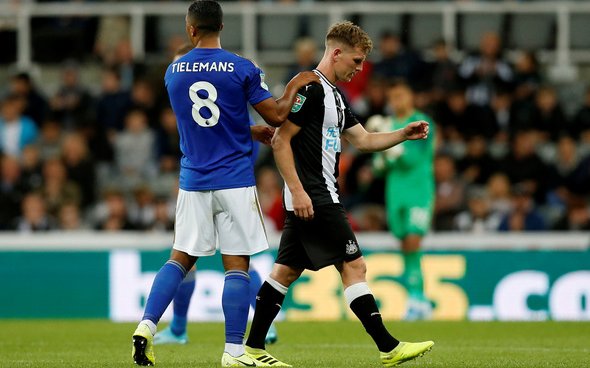 The frustrating case of Newcastle United’s Matt Ritchie and his ankle injury looks set to continue into the near future.

Ritchie has been missing since the Carabao Cup second round defeat against Leicester City, after being on the wrong end of a bad tackle from Hamza Choudhary.

Steve Bruce delivered an update on Ritchie’s setback, and it appears as if he will be missing from the action at St James’ Park for weeks rather than days.

“It is still on-going. He went again to see a specialist yesterday (Wednesday),” he said in his pre-match press conference, as quoted by the Shields Gazette.

“It’s a difficult one because he was so close a couple of weeks ago but then had a setback.

“He has now gone to seek a second opinion.

“A difficult and frustrating situation for him. He was so close, taking part in training then he, unfortunately, had a reaction.”

The 30-year-old made the left-wing back position his own at Newcastle before the injury and was one of the most reliable players on the teamsheet.

Ritchie was solid in defence, averaging two tackles as well as 1.7 interceptions in each game according to WhoScored – as he completed three games in the top flight.

It appears to be more of a problem for the Magpies, who looked set to be on the verge of a return to the action but only for him to be set back once again with a similar problem on the ankle.

The frustrations look set to continue in the North East for Ritchie, who will surely be chomping at the bit to return to the action after more than a month on the sideline.