Questions must be asked of Yedlin after Villa 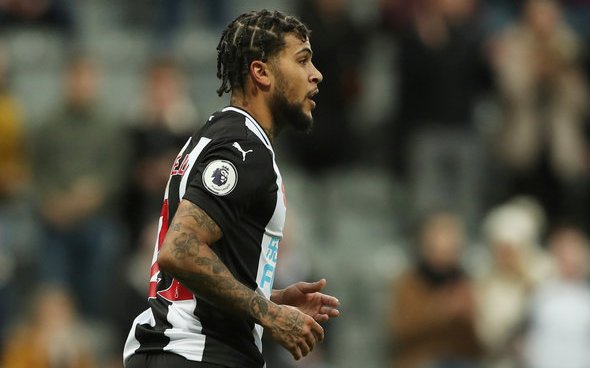 Newcastle United right back DeAndre Yedlin has never been the most defensively-solid of players, and so his horror show against Aston Villa on Monday night shouldn’t really come as a surprise to any of us.

He played a big part as the Magpies fell to a toothless 2-0 defeat at Villa Park. It was the United States of America international gave away the free-kick which was converted by Conor Hourihane for Villa’s opener, committing a senseless foul on Jack Grealish in a massively dangerous area of the pitch.

That type of brain fart has become all too habitual where Yedlin’s concerned, yet it’s rarely punished. He was dropped for Javier Manquillo towards the back end of last season by Rafael Benitez, but as soon as he was fit this term Steve Bruce put him straight back into the team.

Some of that was down to how poorly summer signing Emil Krafth has performed, but serious questions need to start being asked of the 26-year-old after Monday’s game.

Yedlin is now a veteran of 102 appearances for the club [Source: Transfermarkt], yet he continues to offer up this dirge with alarming regularity.

The Villa defeat was the latest example of that, something evident in the statistics. As per WhoScored.com, the 26-year-old made a tackle, an interception and two clearances. Decent enough, you might think. However, he also gave away the crucial foul for Hourihane’s goal and failed to produce a block.

Furthermore, despite nominally being an attack-minded wing back, he failed to find a man with all three of his long balls forward, and only one of his crosses found a teammate. In addition, his pass success rate on the night was a truly dismal 68.2%.

Even those numbers, though, don’t give you a picture of how shaky he looked at the back, only watching the nervous, naive wing back in action will do that. Could an axing be on the cards? The Newcastle fans will hope so.