Newcastle should beat Galatasaray to Samatta 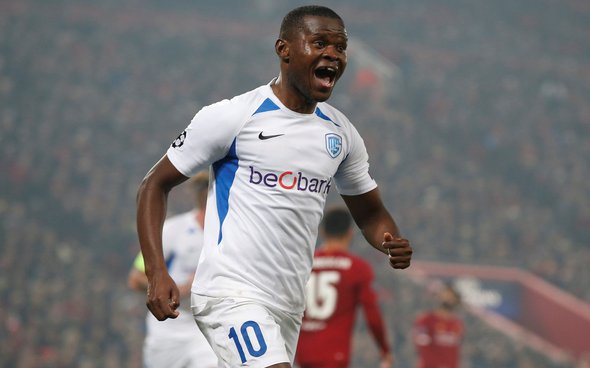 Newcastle United would be really smart to look and strengthen in the final third in January for the second half of the season.

Steve Bruce has had to rely on his Magpies’ defence to score the majority of his goals in the Premier League, with Ciaran Clark, Jetro Willems, and DeAndre Yedlin some of the names to have found the back of the net.

When you compare that to Allan Saint-Maximin, Joelinton, and Miguel Almiron, who collectively have only scored one goal and that is nowhere near good enough.

Newcastle have recently secured back-to-back wins in the top flight that sees them sitting only a couple of points behind fifth-placed Sheffield United, but without a constant source of goals upfront, they will soon slip away in the league.

With the January transfer market creeping up, Newcastle must have their eye on bringing in a new striker, with Andy Carroll and Dwight Gayle not exactly giving Bruce something to fall back on.

Sporx has recently reported on their official Twitter account that Galatasaray are preparing a £10.3million offer for the Tanzanian international.

The Turkish outlet went on to claim that West Ham United and Newcastle are ready to take action before them in January to beat them to the signing 0f the 26-year-old.

Samatta scored 32 goals in his 51 appearances last season and has been on fire in front of goal – recently scoring against Liverpool in the Champions League at Anfield.

With Joelinton only scoring once in a central role, Newcastle could do with a striker that is more of a poacher in the final third and can find the back of the net on numerous occasions.

Bruce could pull off a masterclass if he was to beat both Galatasaray and West Ham in January, and he could help push the Magpies further up the table in the second half of the season.