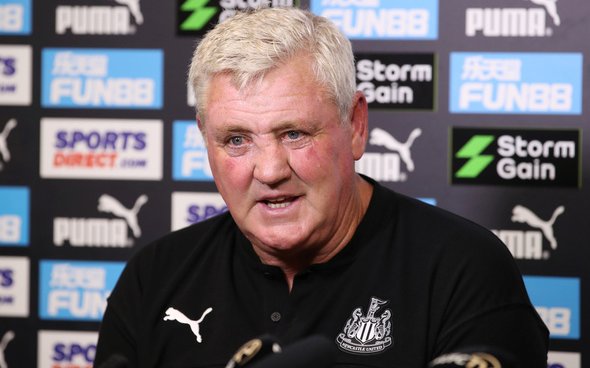 Newcastle United’s defence has been a real strongpoint of their game this season.

It has already earned them points alone at St James’ Park, with their resolute attitude making them hard to beat when their attack wasn’t firing on all cylinders at the beginning of the Premier League.

One thing that Steve Bruce will surely be delighted with is that his backline has found the ability to chip in with goals at important stages of games.

All of Jamaal Lascelles, Fabian Schar, Federico Fernandez, and Ciaran Clark have managed to score this season, and that is a valuable asset to have when you have goalscorers in every department.

The Birmingham Mail recently reported that Wolves were tracking the progress of Royal Antwerp defender Aurelio Buta, and faced competition from a number of sides.

The newspaper claimed on their website that Newcastle, Watford, and a number of Championship clubs are also in the running to sign the Portuguese youngster.

It is suggested that the Antwerp right-back loves to push forward so would definitely suit the Magpies’ attacking wing-back role, with him being involved in four goals in his 12 appearances already this season.

Having said that, is there really any need for Bruce to bring him in? The answer to that would simply be no, he is not needed, especially given their strength in depth on that side.

Emil Krafth arrived from Amiens in the summer, and after missing the opening day defeat to Arsenal, was immediately drafted in and kept his spot for a month in the North East.

Since then, DeAndre Yedlin has come in and cemented his place in the Magpies’ side, with the American international’s pace and ability to get forward setting him apart from the Swede at this moment in time.

As well as that, Newcastle also have Javier Manquillo to call upon as a third option, so to bring in Buta would make not one little bit of sense for Bruce.

Newcastle must abandon their reported hunt for the 22-year-old, who would struggle to even make it on to the bench this season – never mind the starting line-up.