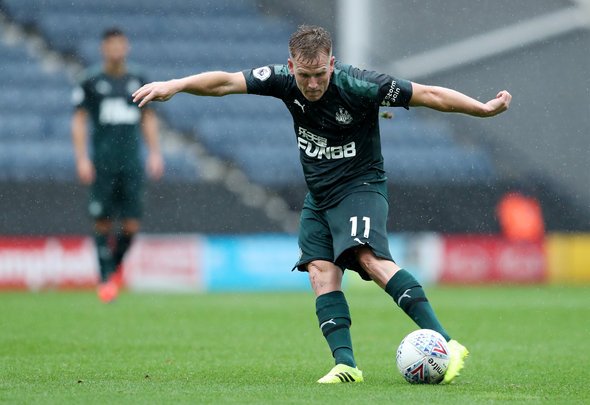 One of the main tenets of running a successful football club is keeping your best players happy and securing their long-term futures.

That’s undoubtedly something Newcastle United are risking at the moment with utility man Matt Ritchie, whose importance is well established on Tyneside.

That’s because journalist Lee Ryder claimed on a Chronicle Q & A [07/11; Question 8] that talks over a new contract for the Scotland international have been shelved due to his current injury. His current deal is up in 2021, and Ryder believes Newcastle will have to pay him handsomely because he will receive big Bosman offers.

Yes, he’s been out of the team for a couple of months, but that’s no reason to not offer him a new contract. One may still be forthcoming, sure, but perhaps Ritchie will see the shelving of contract talks while he’s been out as a lack of faith in him from the club.

There’s no doubt, then, that the Magpies are playing with fire at the moment. Ritchie is a key man for Steve Bruce’s side, capable of operating at a high level in multiple positions.

The statistics from early on this campaign tell us how vital Ritchie is to Newcastle. As per WhoScored.com, the 30-year-old is averaging  a shot, 2.3 key passes, 1.7 crosses and one long ball per game.

Meanwhile, he averages two tackles, 1.7 interceptions, 0.7 clearances and 0.7 blocks per outing. This is a man who contributes virtually equally in the attacking and defensive sides of the game.

Why would you risk someone like that leaving the club? Yes, he’s in the final stages of his career, but he can still do a job in a few different positions for another three or four years.

Newcastle need to resume contract talks with the former Bournemouth man or risk losing a key player. They’re not in a position to do that, that’s for sure.