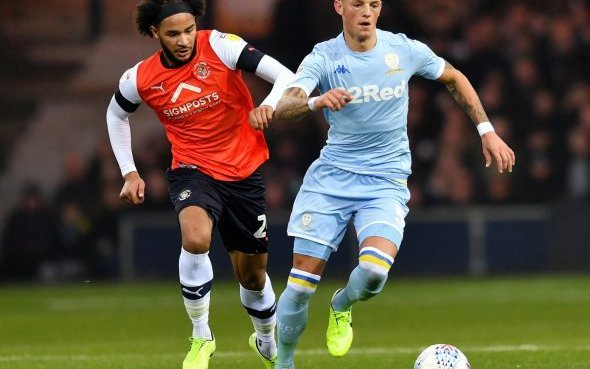 Newcastle United are keeping tabs on Leeds United loanee Ben White this season, according to the Chronicle.

The newspaper claimed on their website that the Magpies could be set to challenge Manchester United and Liverpool for the 22-year-old defender at the end of the season.

The Chronicle report that the Brighton youngster is believed to be valued at £20million, and has a contract with the Seagulls until 2022.

White has impressed under Marcelo Bielsa at Elland Road this season, forming part of the Whites’ defence that has the best record in the Championship – keeping nine clean sheets alongside Liam Cooper.

Given Whites’ start to the season at Leeds, it is no surprise to see that Premier League clubs are lining up to secure his services over the summer. With both Liverpool and Manchester United interested, it is clear that the 22-year-old is destined to go to the very top in the Premier League. The only problem surrounding this potential deal is that Steve Bruce already has a number of different options in defence available to him, and unless he sells a couple of those players, then it would be hard to find a spot for White. Should Bruce make the decision to part ways with a couple of his older options such as Federico Fernandez, then the first player he should target is White. The 22-year-old has been in superb form, and his ability on the ball is what is really catching the eye – averaging 2.7 interceptions per game according to WhoScored, the most in the entire Leeds squad. That is something that would really benefit the Magpies’ system with a back five, a defender that can step out of defence on the ball and create extra options, and that is exactly what White is strongest at.