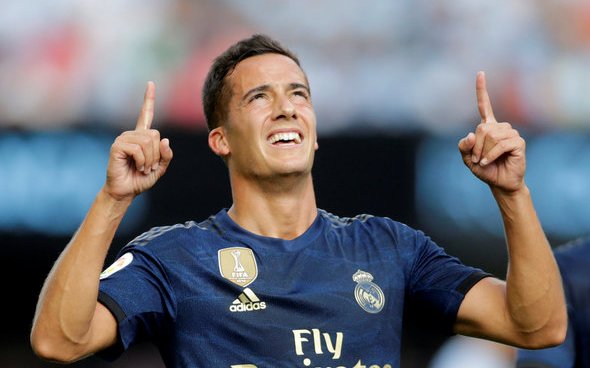 There’s no doubt that Newcastle United have turned a corner in recent weeks, but there’s also little arguing with the fact that the Magpies still require more quality in their squad.

We know that Steve Bruce’s side are pretty solid at the back, with a number of quality centre halves, but they are still light on attacking talent. That’s been borne out by the Newcastle defenders scoring four of the team’s last five goals.

It’s no surprise, then, to see the north east giants linked with a top class winger ahead of the January transfer window. Spanish outlet El Desmarque reported last week that the Magpies are one of three Premier League teams in for Real Madrid star Lucas Vazquez.

Now, that’s a pretty gaudy name for a club like Newcastle, and one that will surely have the Toon Army licking their lips. And, yes, the 28-year-old would be a real coup given his pedigree as a La Liga and three-times Champions League winner.

The dampener is that Wolverhampton Wanderers are also said to be interested, while Manuel Pellegrini’s West Ham United are listed by the report as the favourites to sign the Spanish international.

A look at the statistics from this campaign tell us all we need to know about what Vazquez would bring to this Newcastle team. As per WhoScored.com, he has scored four times for Zinedine Zidane’s side.

Furthermore, he is averaging 1.3 shots, 1.1 key passes and one successful dribble per game. The fact that he has stuck around at Madrid for so long and has continued to play regularly under multiple managers tells you how good he is.

He is a hard-worker, which the Newcastle fans would adore, but he can also provide the end product that the likes of Joelinton, Miguel Almiron and Allan Saint-Maximin have lacked this term.

So Vazquez would undoubtedly be a fantastic signing for Bruce’s side. Is he a realistic target? It remains to be seen, but he would certainly do a great job at St James’ Park.