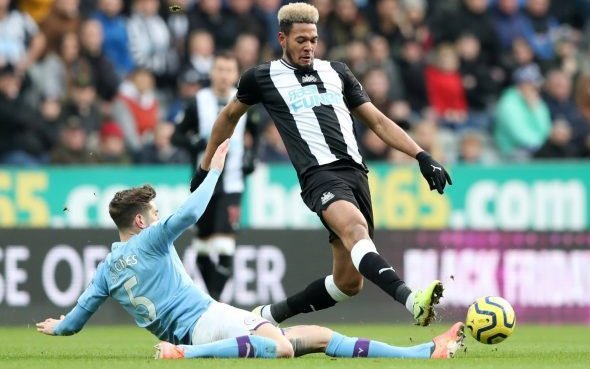 There is no hiding the fact that Joelinton has struggled since arriving at Newcastle United. The Brazilian forward has only found the back of the net once for Steve Bruce’s side, and although that was against a big side like Tottenham, he hasn’t done enough. Joelinton was named in the starting line up once again when they welcomed Manchester City to St James’ Park, and he was badly isolated once again. That isn’t his fault, but there were many different points in which the South American had to hold up the ball better and bring his teammates into the final third. It won’t be long until someone like Dwight Gayle replaces Joelinton after yet another disappointing afternoon against the champions. Many Newcastle fans took to Twitter to react to Joelinton’s performance, with the majority blasting the forward for movement and how he offers nothing, leading to them suggesting he needs to be dropped for future matches. 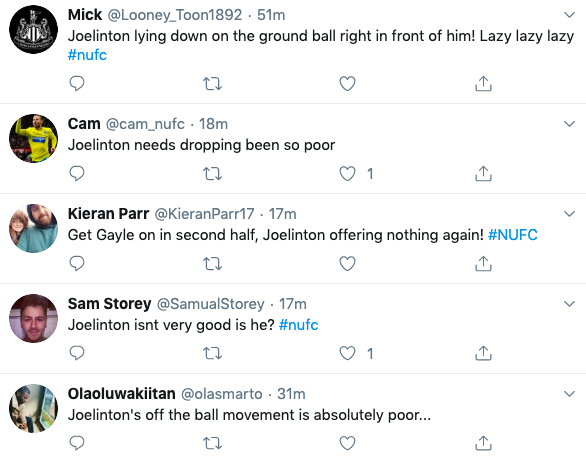