DeAndre Yedlin’s performance in Newcastle United’s 3-2 win away at West Ham on Saturday has appeared to have split opinion among a section of fans on Twitter. Yedlin, 26, has been Steve Bruce’s first pick as the right-sided wing-back since he returned from injury and the USA international has been doing quite well. However he was not at his absolute best at the London Stadium. Although Newcastle earned a huge three points, stats by WhoScored show that Yedlin did not exactly impress. The 26-year-old only completed eight successful passes – fewer than any other player who started – and was also dribbled past two times. Yedlin also completed just one tackle out of three attempts. The ex-Sunderland right-back needs to do better than this but luckily, his performance did not have much of an impact on what was a big result for the Magpies. Bruce has two other options at right-back in Javier Manquillo and Emil Krafth. If Yedlin does not improve in the coming weeks then we could see a change in that area.

Yedlin has a square foot #NUFC 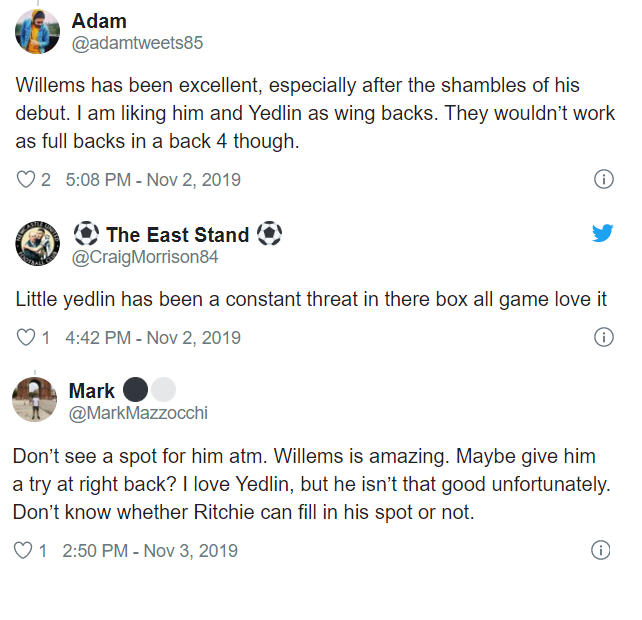