The Athletic published a story on Monday stating that Mexican business crew the Orlegi Group sat down with Newcastle United owner Mike Ashley recently and have expressed confidence that a deal can be done to purchase the club. Two previous approaches from Orlegi are said to have come to nothing after Ashley ‘moved the goalposts’ in terms of what he wanted, but they are thought to remain serious bidders and are fine-tuning their current offer for the Magpies. As you might expect, the Newcastle supporters have not reacted positively to this news. They have become trained to treat any speculation about a potential takeover of their club with absolute derision. There have been so many times where people have gotten excited about the north east giants being taken over, only to see it collapse before it ever really began. They are understandably worried that that will happen once again here, which is why they have reacted as they have to this report from The Athletic. 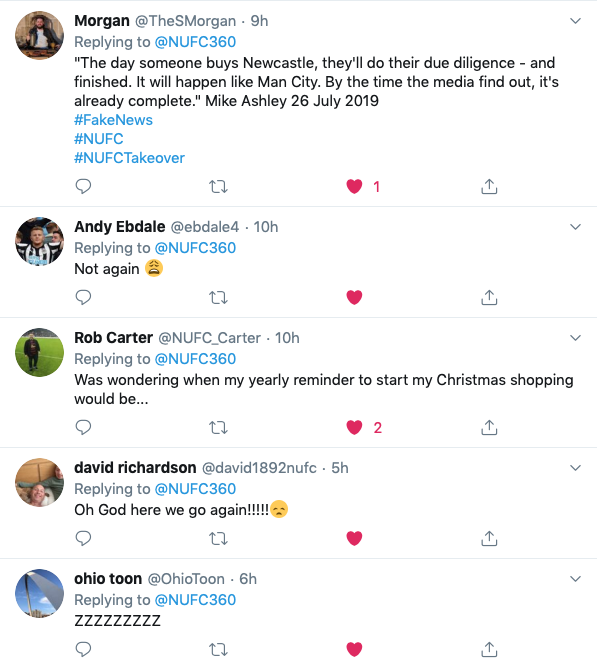