Matty Longstaff has endured a rollercoaster couple of months at Newcastle United and has learned that things can go downhill as quickly as they can go up. The young midfielder was handed his Premier League debut by Steve Bruce and repaid him by scoring the winner against Manchester United. Regardless of that, fast forward only a handful of games and the starlet has found himself back on the bench with Jonjo Shelvey starring against West Ham United in his place. That will mean that the 19-year-old is surely set to stay out of the side, despite his call-up to England’s under-20 squad. The Chronicle have reported that a handful of European clubs are set to scout the youngster during the two-week break with his contract situation still not resolved. Many Newcastle fans reacted to the news in disbelief, with the majority not quite understanding how the Magpies have not secured one of their brightest talents, while one wasn’t actually surprised by saying “here we go again.” 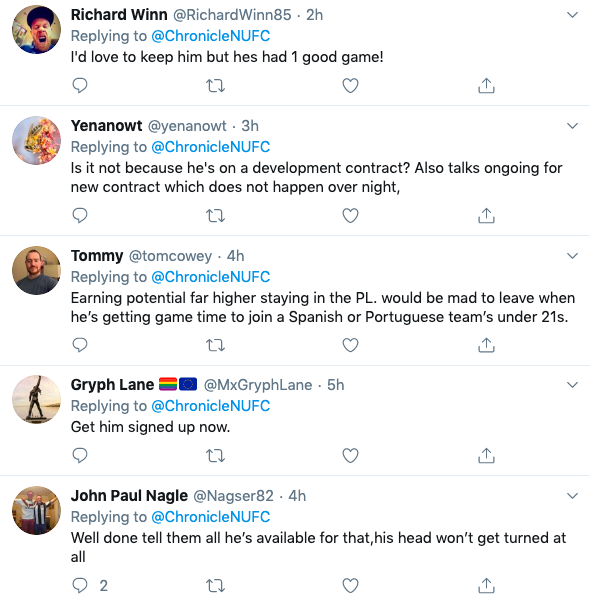 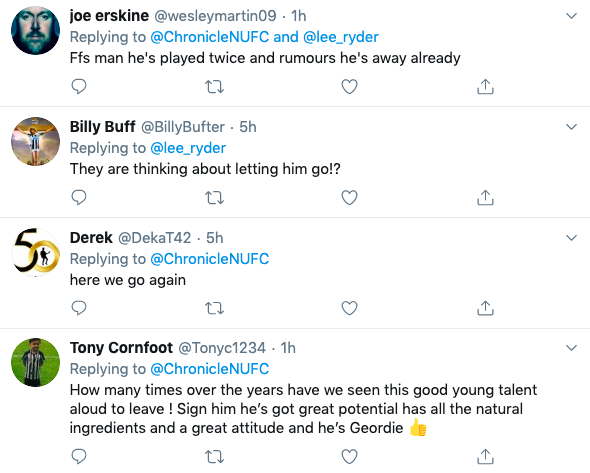