Luke Charman continued his fine goalscoring form for Newcastle United’s Under-23s on Monday night when he netted twice in a 3-2 defeat to Aston Villa in Premier League 2. Charman, 21, has now scored five goals in his last seven appearances for the Magpies’ development squad and that has piqued interest from a number of fans on Twitter. A couple of fans have pointed out that they would like to see Charman promoted to Steve Bruce’s senior squad. Joelinton may be struggling to get on the scoresheet but Bruce has Andy Carroll, Dwight Gayle and Yoshinori Muto at his disposal to play up front if the Brazilian is ever unavailable or needs to be dropped. Charman is well down the pecking order at the moment but his goalscoring form in the Under-23s’ side is encouraging. Charman’s only ever made four senior appearances in his career, which came in a loan spell at Accrington Stanley. Maybe another temporary move away from Tyneside will help his development more.

If Luke Charman can break into the 1st team over the next couple of years his song should be some version of Adam and the Ants – Prince Charming. 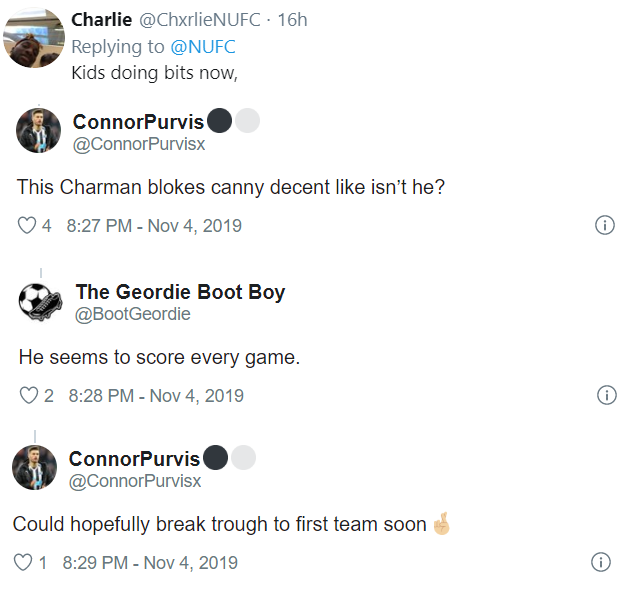