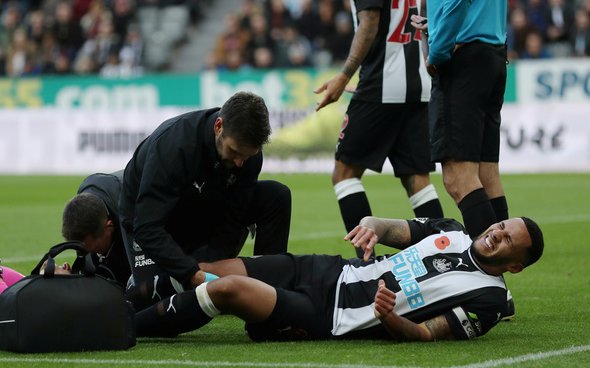 Newcastle United confirmed on its official website on Thursday that Magpies captain Jamaal Lascelles will be out of action until after the New Year following the knee injury he suffered against Bournemouth last Saturday. The 26-year-old has started all 12 Premier League games so far this season for Steve Bruce’s side, but had to be substituted early on in Newcastle’s 2-1 win over the Cherries after a collision with goalkeeper Martin Dubravka caused by opposition striker Callum Wilson. It’s certainly a blow for the Magpies to be without their skipper, a player who has been so reliable for them over the past few years. Most of the team’s supporters are pretty broken up about it as a result, although there is one dissenter who claims the former Nottingham Forest man will have a tough time getting back into the team. That’s a problem for Bruce to solve on another day, though, and for now the Magpies head coach will simply be bemoaning his bad luck to be without such a crucial player over the busy Christmas period. 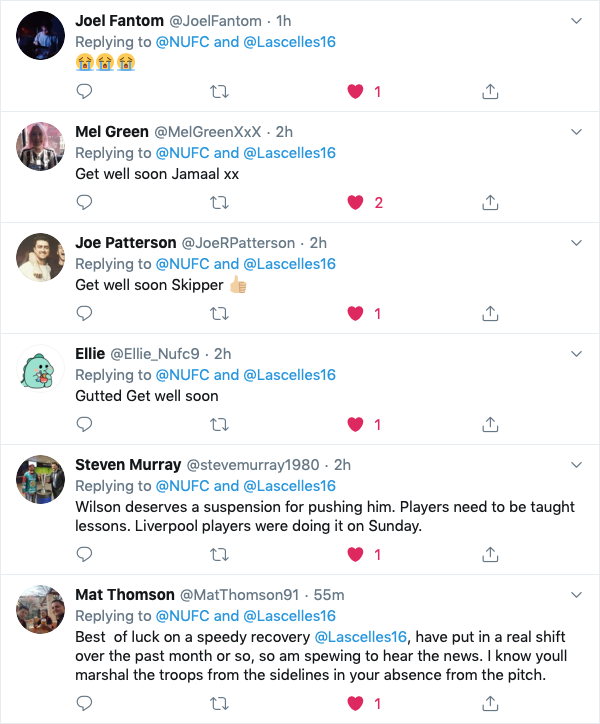