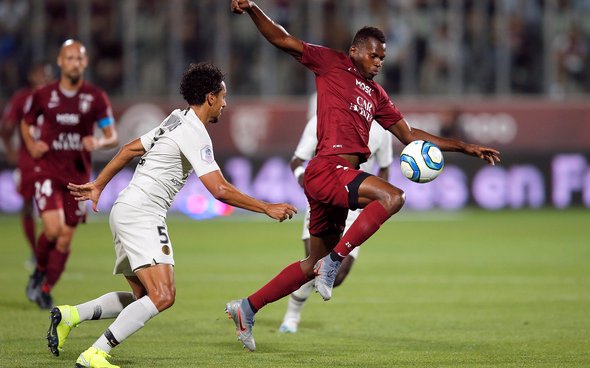 Newcastle United are reportedly hot on the heels of Metz striker Habib Diallo with the Senegal international in prolific form in Ligue 1. According to the Express, Newcastle are joined by Leicester in pursuit of the 24-year-old, who could be up for grabs for £7million in the January transfer window despite him scoring eight goals in 12 league appearances this season. Understandably, there are some fans on Twitter who are sceptical about the transfer report because so many players have been linked with a move to St James’ Park down the years but nothing has come of it. However there are some fans who are excited by the potential arrival of Diallo based on his impressive goal return for Metz in Ligue 1. Metz may be second from bottom in the French top-flight standings, but that only makes Diallo’s goalscoring form even more impressive. For £7million, he could be a worthwhile signing if Steve Bruce does want a new centre-forward in the winter.

Won't happen will it.

Linked with them all…..then they all end up being worth 40 million plus 2-3 seasons later.#NUFC