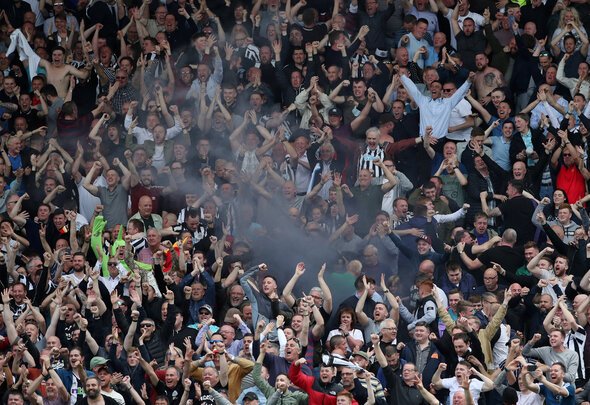 The Bin Zayed Group potentially taking over Newcastle United in the summer would have put an end to the era of one of the Premier League’s most disliked owners in Mike Ashley. The controversial owner has been accused many times of putting his business interests ahead of club matters, and this year was definitely the time for him to step aside with many parties interested. Former Chair of the Newcastle United Supporters Trust, Neil Mitchell, wrote in the Chronicle on Sunday that he met with Midhat Kidwai of the Bin Zayed Group and claimed that he believed their interest to be genuine in the summer, but that Ashley could have been more supportive and therefore the blame for the collapse could rest on his shoulder. Many Newcastle fans reacted to the news on Twitter with the majority slamming Mitchell for his words, suggesting that he was repeating everything they already knew. Some of the Magpies’ faithful simply to shut down any take over talk, simply coming to the realisation that it may not ever happen as they want it too.

Nothing But Newcastle has picked out some of the best reactions below: 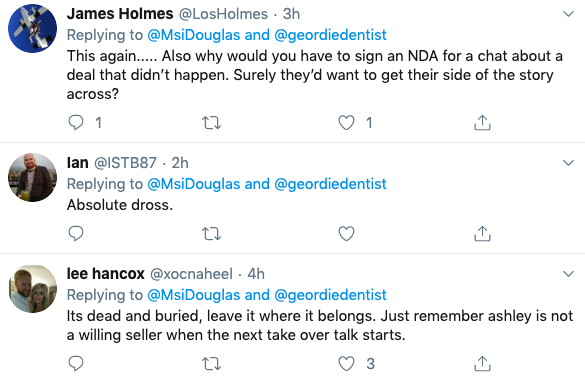 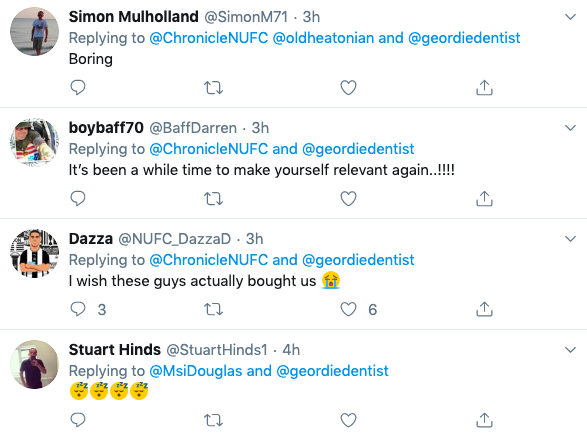