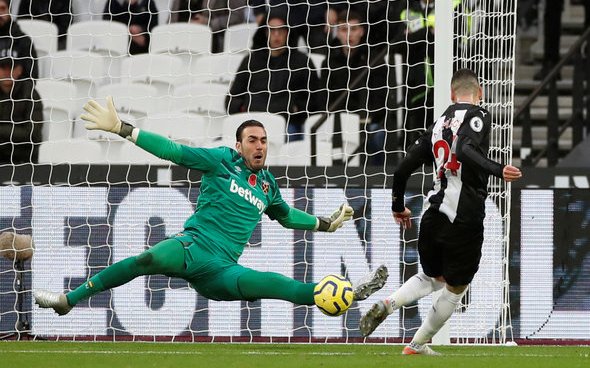 It has been almost a year since Miguel Almiron arrived in Newcastle, but he still hasn’t found the back of the net or even assisted a goal. The Paraguayan international most likely has forgotten how it feels it has been that long, although he is getting closer as each week goes by. Almiron did manage to score on Thursday against Bulgaria with a lovely finish into the bottom corner from the edge of the box, and it is bound to give him the confidence he is so desperately craving in the final third. Many Newcastle fans took to Twitter to react to Almiron’s goal on Thursday and were blown away by the fact that the 25-year-old managed to find the back of the net after him failing to do so in the Premier League since arriving in January. The Magpies’ faithful did back their forward to break his duck awfully soon and shared the thought that this goal will give him the boost he needed.

Nothing But Newcastle have rounded up the best reactions below: 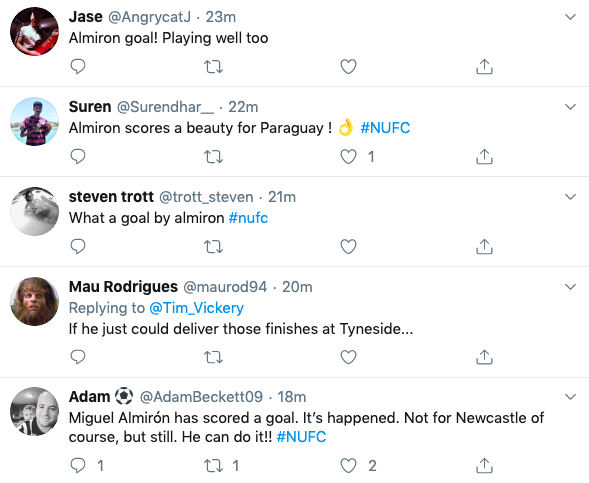