Jetro Willems has impressed Newcastle United supporters with his form this season and that has led to the Toon Army calling for the club to sign the left-back on a permanent deal from Frankfurt once the transfer window re-opens in January. Willems, 25, joined the Magpies on a season-long loan from Frankfurt in the summer and the Tyneside club has the option to make that move permanent if they wish. And based on what these fans have seen from the Dutchman so far, they want a deal wrapped up at the first available chance when January comes around. Willems did not start off very well in English football with an abysmal debut against Arsenal. Since then though, the left-back has got better and better and it is hard to see how Matt Ritchie fits into the starting line-up once he is back from injury. Willems has been terrific and deserves a lot of credit for the way he has put that shocker against Arsenal to bed with a series of fine displays for the Magpies.

Love watching Willems play. Always so calm and composed, rarely looses the ball. When he sends the ball away, he seems to try and make sure that it arrives where he intended. Does nice turns when needed to get out of pressure. Sort the deal out in Jan please. No brainer. #NUFC

He’s come a long way since the Arsenal mistake. Once considered a left back with huge potential, but injuries stalled his progress. Seems to be on the upwards curve now, definitely a no brainer.

The lads got better and better. Looks so much stronger and fitter now after playing games. Going to be interesting when Ritchie is fit

Top player – has to be priority in jan

Aye get him bought then when Ritchie's fit we have the option to play jetro in midfield too.

He’s improved with every game. As much as I like Richie he’s not gonna walk back into the team.
A nice problem to have. 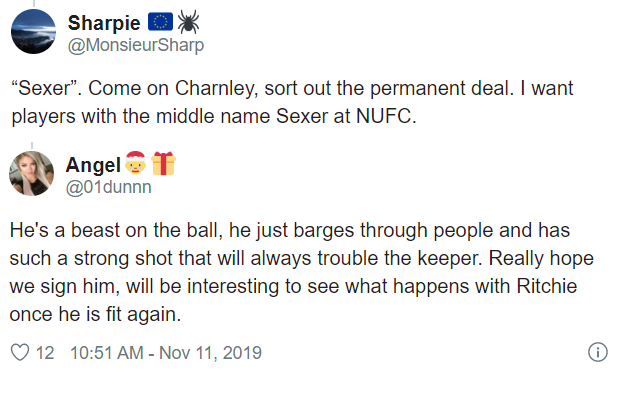